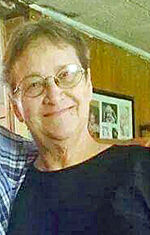 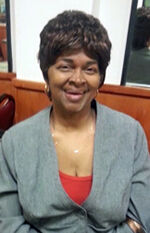 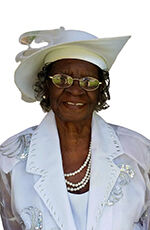 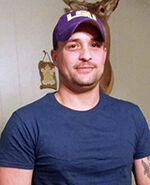 Dorothy Farmer-Johnson, 75, of Hamburg, died Tuesday, Aug. 18, 2020, at North Little Rock Baptist Hospital. She was a homemaker and a member of Martinville Baptist Church.

Graveside service was held Saturday, Aug. 22 at 10 a.m. in Judson Cemetery and under the direction of Cromwell Funeral Home with Rev. Edward Gulledge officiating. Honorary pallbearers were her grandsons.

Ruthie Lee Keys, 84, of Montrose, died Friday, Aug. 14, 2020 at North East Arkansas Baptist Hospital in Jonesboro. She was a native of Eudora but lived in Montrose for many years, a homemaker, and a member of Brown Temple Baptist Church.

She was preceded in death by her parents, Robert and Lillie Allen-Williams, and one sister, Letha Wade.

She is survived by one son, Earnest Williams of Portland, and one brother, Lovell Allen (Janice) of Lake Village.

No services are planned for this time.

Inell Mayfield, 67, of Wilmot, died Monday, Aug. 17, 2020, at Alexander. She was a lifelong resident of Wilmot, a retiree from Georgia Pacific Plywood, and a member of Sweet Home Baptist Church.

Graveside service was held Saturday, Aug. 22 at 2 p.m. in Second Baptist Cemetery in Wilmot with Rev. Albert Fenceroy officiating and under the direction of Cromwell Funeral Home.

He was a veteran of the United States Army having served in the 59th Battalion in Germany and as a generator operator at the Nike Missile Base, a motor pool mechanic, and a personal driver for USO celebrities.

He was an electrician, a heavy equipment operator, and a plumber. He completed the industrial plant process course at University of Arkansas at Monticello and worked for Anthony Construction, Knights Electric, and Wilbur Austin as an equipment operator.

He was preceded in death by his parents, LD Myers Sr. and Dessie Hughes Myers, and one brother, LD Myers Jr.

He attended University of Arkansas at Monticello before receiving his doctorate of dental surgery degree (DDS) from University of Tennessee College of Dentistry in Memphis. He served in the U.S. Coast Guard for over two years in Boston, Mass.

For many years, he served the families of Ashley County from his private dentistry practice in Crossett, and thereafter in the Wilmot and Dermott Mainline Health System Clinics.

He was preceded in death by his parents, Phillip Delton and Jayne Kelley Pennington; one brother, Jerry Mac Pennington; and one sister, Colen Joyce Pennington Burke.

He is survived by his wife of 58 years, Janice Carolyn Johnson Pennington; one daughter, Shelly Barnett and her husband, Todd, of Houston, Texas; one brother, Bobby Carrel Pennington and his wife Sadie, of Hamburg; and four grandchildren.

A graveside service was held at 11 a.m. Saturday, Aug. 22 in Crossroads Cemetery in Crossett with his brother, Dr. Bobby Pennington, officiating.

Dorothy Elizabeth Spencer, 98, of Fountain Hill, died Tuesday, Aug. 18, 2020 at Jefferson Regional Medical Center in Pine Bluff. She was a native of Monroe, La., a homemaker, a member of Christ Temple Pentecostal Church, and a member of Faith Chapter 197 Order of the Eastern Star.

She is survived by one son, Jim Henry Spencer Jr., wife Mae, of Bastrop, La.; one daughter, Ollie Spencer of Bastrop; 42 grandchildren; and 100 great-grandchildren.

Graveside service was held Friday, Aug. 21 at 11 a.m. in H.V. Adams Cemetery in Bastrop with Bishop Alfonso Madden officiating and under the direction of Cromwell Funeral Home.

Robert Scott Wilcox, 38, of Crossett, died Wednesday, Aug. 19, 2020. He was a lifelong resident of Crossett and worked as a carpenter.

He was preceded in death by his father, Lewis Robert Wilcox; his paternal grandparents, Don and Manthy Wilcox; and his maternal grandmother, Diann Wilcox.

The family will have a private memorial service at a later date.