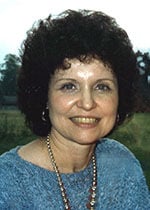 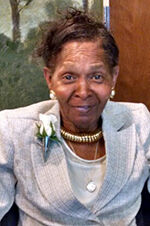 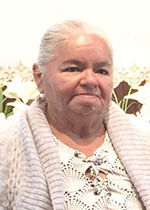 Charlie Frank Courson, 80, of Crossett, died Wednesday, Aug. 5, 2020, at his home. He was born in Crossett on Jan. 31, 1940 and graduated from Crossett High School before serving in the Army National Guard. He retired from Georgia Pacific after a 23-year career as a crane operator in the woodyard.

For several years, he and his wife owned and operated a convenience store in Harrison before opening the “C&C Kwik Stop.” He was a member of Beulahland Assembly of God Church, the Cattleman’s Association, and the Bradley and Drew County Co-ops.

Paula Hathaway Goyne, 82, of Hamburg died Saturday, Aug. 8, 2020 at her residence. She was born and raised in Hamburg and was a 1956 graduate of Hamburg High School. She was a former resident of Branson, Mo., and Alexandria, La. She was a mail carrier in Hamburg for a number of years, and she worked as a craftsman at Engler Block in Branson. She was a member of Hot Springs Village First Baptist Church.

She was preceded in death by her husband, Luther E. Goyne, and her parents, Otto and Pauline Roark Hathaway.

Betty Jo Smith, 80, of Sherwood, formerly of Crossett, died Wednesday, Aug. 5, 2020 at Sherwood Nursing and Rehabilitation Center. She was a native of Parkdale, a former employee of Hamburg Shirt Factory, and a member of New Bethel Baptist Church.

A walk through viewing will be Tuesday from 1 p.m. to 5 p.m. at Cromwell Funeral Home.

Paula Esquivel Yanez, 63, of Montrose, died Monday, Aug. 3, 2020 in Pine Bluff. She was a native of Jalpan Queretro, Mexico and a resident of Montrose for the past 20 years. She was a homemaker and a member of Our Lady of the Lake Catholic Church in Lake Village.

She was preceded in death by her father, Jose Esquivel.

Graveside services were held at 10 a.m. Thursday, Aug. 6 in Hamburg Cemetery with Father Stephen Hart as celebrant. Funeral arrangements were under the direction of Jones-Hartshorn Funeral Home.