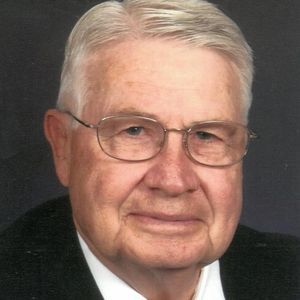 He retired from the United States Navy as a chief petty officer after serving in World War II, Korea, and Vietnam. He also served seven tours of duty at Guantanimo Bay, Cuba.

He was the manager of the Navy Exchange and a materials handler for a government print shop in Charleston, S.C. His service in the Navy was marked by deployments on various types of Navy ships. He was also a member of the Veterans of Foreign Wars post 1025 in Geo SE, S.C.

He was a member of Faith Memorial Baptist Church in Danville, Va.

He was preceded in death by his parents, Morris Giles and Jessie Lou Giles Higginbotham; his first wife, Mildred Giles; his second wife, Frances Giles; and one step-son, Uzelle Edward Cross.

He is survived by two brothers, Fay Giles of Price, Utah, and Doyle Giles and wife Frances of Conway; one half brother, JD Higginbotham and wife Gail of Hamburg; and one step-son, Larry Cross and wife Phyllis of Cascade, Va.

He took his final flight to be with his Lord on April 2, 2019. He graduated salutatorian from Lakeside High School, Lake Village, Arkansas in 1951 where he played football on the team that won two state championships.

He was a member of the National Honor Society and President of the Student Council. Joe graduated from Columbia Preparatory School in Washington D.C. in 1952 and entered the US Naval Academy, graduating with the Class of 1956.

Upon graduation, he was commissioned in the US Air Force and flew as a Navigator in B-52s during the Cold War and EC-47s in Vietnam, logging a total of 3747 hours, and 774 combat hours. He began his training at Ellington AFB in Houston, attended Squadron Officers School, Education with Industry at McDonnell Douglas, and Systems Management School. Joe served with Foreign Research and Development in Germany, Systems Command A-7D Program Office, AF Logistics Command F-5E Program Office, and led a team to Malaysia to assess support for the F5-E. He was deputy Program Manager for the GBU-15 and retired as Chief, Contract Administration at the Pentagon. Upon retirement he worked for the Atec, Inc. in Houston as Vice President, Program Management and served as a Blue and Gold Officer for the US Naval Academy.

He was a lifelong member of the US Naval Academy Alumni Association, Retired Officers and the Air Force Association. Joe was an outstanding son, father, husband, uncle, and friend to all.

Joe was preceded in death by his parents and brother, Theodore J. Pope, Jr.

The family would like to thank the staff of Cibolo House, Morningside Menger Springs and Alamo Hospice for the excellent care they provided Joe.