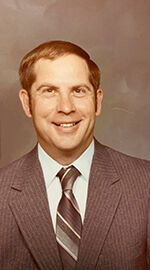 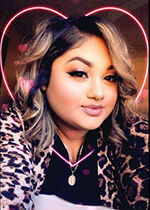 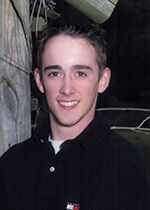 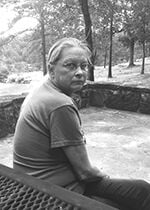 Edna Mae Coleman, age 57 of Montrose died Tuesday, April 20, 2021 at Baptist Health Medical Center in North Little Rock. She was a native of Montrose, a retiree of Georgia Pacific Plywood Mill, and a member of St. Peter Baptist Church.

She was preceded in death by one son, Shariah Goodwin; her father, Robert Coleman; and two infant sisters.

She is survived by one son, Tarrell Morris (Sidney) of Dermott; two brothers, Robert Coleman Jr. and Curtis Benford (Tarsha), both of Milwaukee; four sisters, Gloria Warren (Odell) of Wilmar, Dorothy Hargraves of Montrose, and Latonyia Coleman and Roxanne Coleman, both of Milwaukee; and five grandchildren.

Graveside service will be Friday, April 30 at 11 a.m. in Montrose Cemetery with Pastor Byron Lewis officiating.

Arrangements are by Cromwell Funeral Home.

Ethyle F. Jones, 89, of Jacksonville, Fla., formerly of Crossett, died Saturday, April 17, 2021, at her home. She was born May 6, 1931 in Strong and was a member of Crossroads Missionary Baptist Church.

She worked at Chase Bag Company and Georgia Pacific.

She was preceded in death by her parents, John and Lou Ellen Egerton Fife; one brother, James “Buddy” Fife; and one granddaughter, Corinne Michelle Garrett.

She is survived by her husband of 48 years, Billy F. Jones; one son, Gerald Garrett, and wife, Sandy, of Jacksonville; three sisters, Mavis Love of Northwest Arkansas and Bobbie Kay Childers, husband J.W., and June Noble, both of Crossett; one brother, Gary “Shorty” Fife, and wife, Lynn, of Crossett; two granddaughters; and three great-grandchildren.

A celebration of life service was held at 2 p.m. Thursday, April 22 in the chapel of Medders Funeral Home with Rev. Farrell Breshears officiating. Burial followed in Crossroads Cemetery.

In lieu of flowers, donations may be made to the St. Jude Children’s Research Hospital, 501 St Jude Place, Memphis TN 38105.

Calvin W. Kinnaird, 75, of Hamburg, died Friday, April 23, 2021, in Murfreesboro, Tenn. He was a native of Crossett, a former resident of Hamburg for 47 years, and a resident of Murfreesboro for the past four years.

He was a 1964 graduate of Crossett High School and a member of Arkansas National Guard. He worked for Georgia-Pacific Corporation for 41 years and was a member of Gardner Baptist Church.

He was preceded in death by his wife of 52 years, Linda King Kinnaird; his parents, Mack Lee and Barbara Mosely Kinnaird; one brother, Clarence Eugene “Dude” Morris Sr.; and one sister, Dorothy Sue Brantley.

He is survived by one son, Jeff Kinnaird of Murfreesboro, and one brother, Jerry Kinnaird and wife, Linda, of McGehee.

Athciri Martinez Mondragon, 25, of Hamburg, died Monday, April 19, 2021, in an automobile accident along with her unborn son, Joel Itzae Mondragon. She was a native of Dumas, a resident of Hamburg for the past five years, and a 2014 graduate of Dumas High School. She was a floral designer at Yours and Vine Flower Shop.

Charles Brandon Noble, 36, of Conway, died Sunday, April 18, 2021 at his residence. He was a native of the Crossett and Hamburg area and a resident of Conway for many years.

He was a 2002 graduate of Crossett High School and worked at University of Central Arkansas in the Information Technology department. He was also a reserve deputy with Faulkner County Sheriff’s Department.

Bonnie Jane Smith, 55, of Hamburg, died Tuesday, April 20, 2021, at her residence. She was a homemaker, a native of Pennsylvania, a resident of Hamburg for the past 15 years, and a former resident of Little Rock.

She was preceded in death by one son, Joshua Smith; two grandchildren, Logan Smith and Taylor Makenzie Smith; and her parents, Clark and Helen McDermott Posey.

She is survived by her husband of 15 years, Danny Smith Sr. of Hamburg; two sons, Zachary Smith of Hamburg and Danny Smith Jr. and wife, Becky, of Crossett; one brother, Clark Posey Jr. of Tillar; three sisters, Debbie Harrison of Batesville, Valerie Moore of Watson, and Diane Herring of Monticello; and five grandchildren.