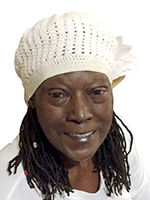 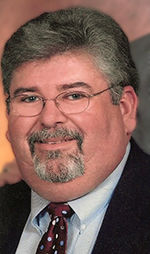 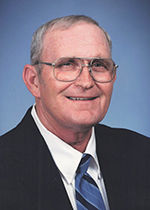 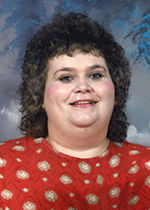 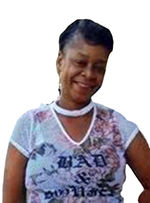 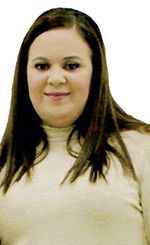 Tony Richard Berry Sr., 82, of Crosby, Texas, formerly of Crossett, died April 13, 2020. He was born in Strong April 16, 1937 and worked with Rock Island Railroad and later Ashley Drew & Northern Railway Co. as a brakeman and conductor, and eventually retiring as an engineer.

He was preceded in death by his parents, Tony Dee and Cynthia Dozier Berry; his wife of 51 years, Martha Jo Freeman Berry; and one sister, Joyce Yeager.

He is survived by two daughters, Belinda Berry of Reseda, Calif., and Kathy Thomas and husband, David, of Melbourne; one son, Tony Berry Jr. and wife, Winnie, of Crosby; one brother, Ronnie Berry of Strong; and one sister, Sonja Mathews and husband, Harold, of Dollar Junction; seven grandchildren; and 18 great-grandchildren.

A private family graveside service was held at 2 p.m. Friday, April 17 in Rest Haven Memorial Park Cemetery with Bro. Keith Boseman officiating and under the direction of Medders Funeral Home.

Gloria Jean Kitchen, 69, of Wilmot, died Sunday, April 12, 2020, at her home. She was a native of East Point, Ga., and a former resident of Little Rock, a computer tech, and a member of African Hebrews Israelites of Jerusalem. She owned and operated a vegan restaurant in Little Rock.

She was preceded in death by her father, Willie Thomas, and her mother, Olivia Henderson-Hanes.

A private graveside service was held Friday, April 17 at 11 a.m. in Gospel Temple Cemetery in Wilmot with Tommy Shelton officiating and under the direction of Cromwell Funeral Home.

Marshall Scott McCormick II, 62, of Crossett, died Thursday, April 16, 2020, at Baptist Health Medical Center in Little Rock. He was born in Salina, Kan., on Aug. 18, 1957, was a 1976 graduate of Crossett High School, and was a member of North Crossett First Baptist Church.

He served the City of Crossett and its citizens for nearly 42 years beginning his tenure with the Crossett Police Department, where he served from 1978 to 1998. During this time, he became a criminal investigator, along with earning the rank of captain.

In November of 1998, he was elected as the mayor of Crossett and was re-elected to serve five additional terms.

He was also an ambassador for Crossett for 20 years as a member of the Arkansas Municipal League’s executive committee, through which he served as vice president of District 4 for 2009 and 2010 and on the First Class Cities Advisory Council and the Public Safety Advisory Council.

He was preceded in death by his parents, Marshall Scott I and Yvonne Evelyn Wolf McCormick, and his wife, Mary Ruth White McCormick.

In lieu of flowers, donations may be sent to the North Crossett First Baptist Church building fund at 1035 Hwy 133 N, Crossett, AR 71635

James Oliver, 76, of Hamburg, died, Friday, April 17, 2020. He was a native of Fountain Hill and a resident of Hamburg for most of his life. He was a veteran of the United States Army, and he worked as a truck driver for Georgia-Pacific Corporation for over 30 years, having retired in 1999. He was a member of Calvary Missionary Baptist Church.

Honorary pallbearers were his grandsons and Ravi Wadhawni.

JoAnn Quarles, 65, of West Monroe, La., died Wednesday, April 15, 2020. She was a native of Hamburg and a former resident of Crossett. She was a homemaker and a Baptist.

She was preceded in death by her father, Joe Yates; her mother, Lola Muse Henderson; and one half-sister, Nancy Wilcox.

She is survived by one son, Michael Carney and wife, Leigh, of Lexington, Ken.; one daughter, Cindy Fletcher and husband, Kenneth, of Madisonville, Ken.; one brother, James Fred Yates of Little Rock; three half-brothers, Billy Joe Yates of Fountain Hill, Butch Yates of New Edinburgh, and Joe Fred Yates of Hamburg; one step-brother, Ricky Eastwood of Florence, Wis.; one half-sister, Joyce Smith of Monticello; two step-sisters, Glennis Holland of Hamburg and Bonnie Tumlison of Crossett; five grandchildren; and one great-granddaughter.

Graveside services were held at 2 p.m. Saturday, April 18 in Hamburg Cemetery with Bro. Eric Hodge officiating. Funeral arrangements were under the direction of Jones-Hartshorn Funeral Home.

Debbie Ann Robinson, 46, of Parkdale died Thursday, April 16, 2020 at University of Arkansas for Medical Sciences in Little Rock. She was a lifelong resident of Parkdale, a homemaker, a caregiver, and a member of Union Baptist Church.

She was preceded in death by her mother, Lizzie Robinson, and one brother, Timothy Robinson.

Jo Anna Ward, 30, of Crossett, died in a vehicle accident Tuesday, April 14, 2020. She was a lifelong resident of Crossett, a former security guard at Ashley County Medical Center, and a member of North Crossett First Baptist Church.