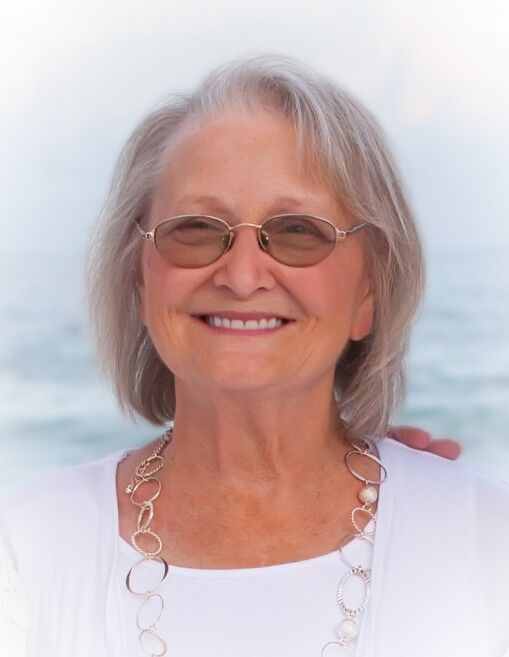 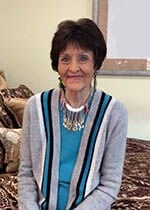 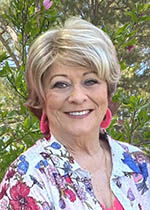 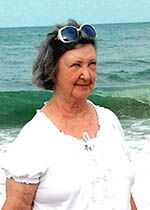 Marion Michelle Bowles, 49, of Crossett, died Thursday, April 15, 2021, at her home. She was born in Big Springs, Texas on May 3, 1971, and raised in Okinawa, Japan. In 1989 she graduated from Kadena High School and later moved to Crossett.

She was preceded in death by her former husband, Neal Bowles.

Her survivors include her three children, Kimberly Wheeler and husband, Weston, of Crossett, Brad “Bubba” Bailey of Virginia, and Richard Bowles and wife, Kassidy, of Crossett; one sister, March Katheryn Shult and husband, Cam, of Utah; six grandchildren.

Her family will have a private memorial service in her honor.

Betty “Joan” Ferguson, 77, of Hamburg, formerly of Crossett, passed away peacefully on Sunday, April 11, 2021, at her daughter’s home in Georgia.  She was born on January 20, 1944, to her parents, Claude and Dora Sheffield Fox, and was a member of Gardner Baptist Church of Hamburg.

Joan grew up in Crossett, along with her four siblings, and was a 1962 graduate of Hamburg High School.  She later completed cosmetology school and eventually opened a salon, “Scissors Unique,” which she operated for nearly fifty years until she was forced to retire due to health reasons.

Joan was blessed with numerous God-given talents, including singing, playing the piano, and oil painting.  She also enjoyed working in her flower gardens, spoiling her animals, fishing, and going on camping trips with her beloved, Bobby.

Joan had a natural ability to light up a room with her infectious laugh and fiery, free-spirited personality and was often the center of attention.  She was outspoken but a good listener and counselor to her many long-time customer friends.

She was an incredibly hard worker and mother who sacrificed without hesitation for her children, a proud and loving grandmother, a caring and loyal sister, and a best friend, but most importantly, she was a child of God.

Along with her parents, Claude Fox and Dora Walden, she is preceded in death by her husband of twenty-seven years, Robert “Bobby” Ferguson, and one sister, Shirley Ainsworth.

A Celebration of Life Service was held at 2:00 p.m., Thursday, April 15, at Medders Funeral Home Chapel, 1564 Hwy 52 W, in Crossett, with Bro. Tony Williams officiating, followed by interment at Mt. Olive Cemetery under the direction of Medders Funeral Home.

Anna Ruth Stone Kelley, 85, lifelong resident of Hamburg, died Thursday, April 15, 2021 in San Francisco, Calif. She attended Hamburg High School, where she played basketball and was voted All-Star Player one year. She was a member of many gospel and country bands and once went to Nashville with the Ashley County Harmonettes to record a gospel album.

She played many instruments including the piano which she played for many years at Shiloh Baptist Church. She was a member of First Baptist Church, where she served for 25 years as nursery coordinator.

She was preceded in death by her husband of 60 years, Hurshel E. Kelley; one son, Marion Kelley; her parents, Robert and Ruth Douglass Stone; two sisters, Mary Blanche White and Robbie Aryllis Fleming; and one brother, Douglass Van Buren Stone.

She is survived by one son, Scott Allen Kelley of San Francisco; three grandchildren; and five great-grandchildren.

Funeral services will be held at 2 p.m. Saturday, April 24 at First Baptist Church with Dr. Bobby Pennington officiating. Burial will be in Flat Creek Cemetery.

Visitation will be from 6 p.m. to 8 p.m. Friday at the funeral home.

Freida Lynn Pierce, 73, a native and lifelong resident of Hamburg, died Friday, April 16, 2021, at her residence. She was a 1965 graduate of Hamburg High School and worked at Johnny’s Muffler Shop for over 25 years. She was a member of Promise Land Missionary Baptist Church.

She was preceded in death by her father, Johnnie L. Pierce, and her mother, Jolene Stanley McGuffey.

Claudine Tolliver, age 79, of Hamburg died Thursday April 15, 2021 at her home surrounded by family. She was a native of Lake Village, a homemaker, and a member of Mt. Zion Baptist Church.

Barbara Jean Willis, 73, of Crossett, died Friday, April 16, 2021, in Little Rock. She was a native of Lake Village, a resident of Crossett for over 43 years, and a former resident of Hamburg. She was a 1965 graduate of Hamburg High School. She worked for Georgia-Pacific Corporation for 30 years and for Hamburg Shirt Factory for many years. She was a member of North Main Baptist Church in Hamburg.

She was preceded in death by her husband, Gary Dale Willis, and her parents, John Henry and Margie Crim Rowe.

She is survived by two sons, Bobby Willis and wife, Lori, of Hopkinsville, Ken., and Paul Willis and wife, Christine, of Ludowici, Ga.; one sister, Charlotte Cunningham of Hamburg; one brother, Lamar Rowe of Snyder; and four grandchildren.