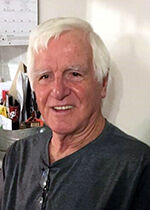 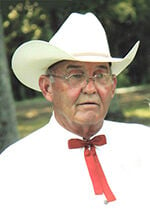 Mary Kathryn Gammel-Evans, 82, of Crossett, died Monday, April 5, 2021, at Pam’s Assisted Living in Hamburg. She was born in Warren on April 15, 1938, and was a member of Beech Street Baptist Church where she taught Sunday school for many years and helped with the Girls Auxiliary.

She worked at Hamburg Shirt Factory and Wests Department Store, and she later began assembling and checking policies at Economy Fire and Casualty Insurance.

She was preceded in death by her parents, John and Levie Gardner Holt; her first husband, Don Gammel; her second husband, Hervey Evans; and two brothers, James and Fred Holt.

She is survived by her three children, Sheila Lott, Wade Gammel, and Melissa Johnson, and husband, David, all of Crossett; two sisters, Nadine Sellers of Warren and Betty Sue Willis of Russellville; five grandchildren; and eight great-grandchildren.

A celebration of life service was held at 3 p.m. Thursday, April 8, at Medders Funeral Home Chapel with Pastor Donnie Dubose officiating and followed by burial in Rolfe Chapel Cemetery.

He was drafted into the U.S. Army and served as a clerk at Fort Polk headquarters during the Vietnam conflict. He later opened and managed “Ron’s Menswear” in Bastrop for over 15 years before working as an agent for Reliable Life Insurance.

He was a former member and president of the Ducks Unlimited Chapter in Bastrop.

He was preceded in death by his wife, Mamie Hamilton-Hammett, and his parents, Clyde and Irene Milby Hammett.

He is survived by one daughter, Michelle Hammett of Bastrop; two sons, Gary Hamilton of Hamburg and John P. Hamilton of Crossett; and four siblings, Sammy Raye Hammett (Pat) and Sandra Kaye Hammett-Riels, both of West Monroe, La., Bev Coleman (Jerry) of Broken Arrow, Okla., and Tim Hammett (Kathy) of Choudrant, La.; a host of grandchildren; and one great-grandchild.

Private services will be held at a later date by his family.

Richard “Dickie” Meeks, 75, of Hamburg, died Thursday, April 8, 2021, in Sherwood. He was a native and lifelong resident of the Milo community and a 1963 graduate of Fountain Hill High School. He was a diesel mechanic for Georgia-Pacific Corporation, having retired in 2005.

He was a member of Mount Pleasant Free Will Baptist Church and of Meeks Hunting Club.

Robert A. Riles, 73, native of Crossett, died Sunday, April 11, 2021, at his residence. He was a 1966 graduate of Crossett High School and  a veteran of the United States Navy, having served during the Vietnam Era. He was a truck driver for Gwin & Sons Logging for over 15 years and a member of Meridian Baptist Church. He was also a member of Moore Hunting Lease.

He was preceded in death by his parents, Alvin C. and Pauline Pruitt Riles, and two sisters, Kathy Miles and Betty Lou Wisecarver.

He is survived by one daughter, Jessica Livingston and husband, Joseph, of Hamburg, and one grandson.

Hank William Stell, 58, native and lifelong resident of Hamburg, died Monday, April 12, 2021, at his residence. He was a 1982 graduate of Hamburg High School and worked for Georgia-Pacific Corporation in the Plywood Mill for a number of years.  He was a member of Gardner Baptist Church.

He was preceded in death by his father, Jimmy Graves Stell, and his step-father, Howard Foster.

He is survived by his wife, Belinda White Stell of Hamburg; three sons, Wade Stell, Clay Stell, and Justin Stell, all of Monticello; two step-daughters, Tiffany Allen of Batesville and Heather Hackett of Carroll, Texas; his mother, Barbara Chance Foster of Hamburg; one sister, Patricia Miller and husband, James, of Crossett; one brother, Jimmy Stell and wife, Pam, of Hamburg; and five grandchildren.

A private service will be held at a later date. Burial will be in Hamburg Cemetery.

Gemmy Jolene Watt, age 46 of West Monroe, La., died at her home on Friday, April 9, 2021. She was born on May 7, 1974 in Monroe, La., and worked as a nursing home administrator and caregiver. She was a member of Caney Lake Baptist Church.

She was preceded in death by her grandmother, Cornelia Rice.

Survivors include her mother, Debi Faulk and husband, Lynn of Eros, La.; her father, David “Dickie” Watt and wife, Diane; one daughter, Casey Jolene Rollins of Monroe; one sister, Janet Law and husband, Lucas of Conway; and one brother, David Powell of Lake Village.

A graveside service will be held Thursday, April 15 at 10 a.m. in Crossroads Cemetery in Crossett under the direction of Jones Funeral Home with Bro. Kenneth Watt and Bro. Terry Waggoner officiating.

Claude Junior Williams, age 69, died Tuesday, April 6, 2021 at Baptist Health Medical Center. He was a native of Crossett but a past resident of Little Rock for 45 years. He worked in the janitorial service for many years and as auto-mechanic for a number of years.

He was preceded in death by his parents, Claude Williams Sr. and Leevina Langford Williams.

Arrangements are by Cromwell Funeral Home.