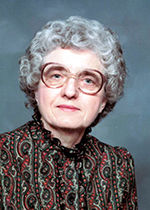 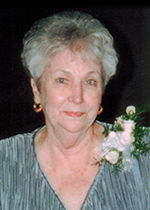 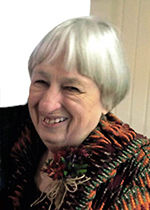 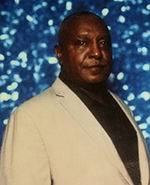 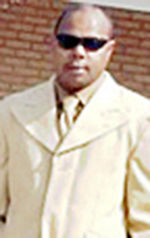 She graduated in 1943 from Bonita High School, where she was a member of the 1941 Louisiana state championship softball team.

She worked as a payroll clerk at Selman Airfield during World War II. She was a member of First Baptist Church of Hamburg, where she sang in the choir, worked in the nursery, and served as Sunday school secretary.

Ralph “Tiny” Franklin Gray Jr., 53, of Parkdale, died Sunday, March 22, 2020, at his home with his family by his side. He was a native of Crossett, a truck driver for the postal service, and a member of Northside Baptist Church in Eudora.

He was preceded in death by his wife, Fellishia Day-Gray; his father, Rev. Ralph Franklin Gray; and one sister, Phyllis Mitchell.

A memorial service will be announced later date.

Louise Yelvington Huffstetler, 91, of Oak Grove, La., died Tuesday, March 24, 2020. She was a native of Fountain Hill, a resident of Oak Grove for the past 15 years, and a former resident of Little Rock and Eudora. She was a homemaker and a retired sales clerk. She was a member of Eudora Baptist Church.

A celebration of life service will be held at a later date. A private burial was in Mount Carmel Cemetery in Eudora. Memorials may be sent to Eudora Baptist Church, 339 S. Archer Street, Eudora, AR  71640. Funeral arrangements were under the direction of Jones-Hartshorn Funeral Home.

Mary Ann Tumlison Gwin Mormon, 85 of Hamburg, died Wednesday, March 25, 2020. She was raised in Snyder and graduated from Portland High School. She was the owner and operator of Red Lantern, the operator of Past Time Restaurant, and the owner of Gwin & Son’s Logging for many years. She was a member of Hamburg Church of Christ.

She was preceded in death by her husbands, James C. “Jake” Gwin and John J. Mormon; her parents, Noel H. and Mary Austin Tumlison; one step-son, John Whitten Mormon; and one step-grandson, Eric Adams.

Honorary pallbearers were her grandsons.

Johnny Michael “Mike” Streeter, 68, of Crossett died Wednesday, March 25, 2020, at the Veteran’s Hospital in Little Rock. He was a native of Crossett, a past resident of Fordyce, a retiree of G-P Plywood Mill, a member of Gates Chapel African Methodist Episcopal Church, a veteran of the United States Army, and a Mason member of Exodus Lodge # 403.

He attended United Electronics Institute in Little Rock and was experienced in mechanical drawing. He worked setting up the cable company in Fordyce.

He was preceded in death by his father, Eugene Wilbur Streeter, and two brothers, Bobby Moore and Danny Streeter.

Honorary pallbearers were his sons, his brothers, Gordon Kidd, and Billy Allen.

Clifton Junior Tolbert, 60, of Arlington, Texas, died Thursday, March 19, 2020, at his home. He was a native of Hamburg and a printer for Pargoh Packing Company.

He was preceded in death by his father, Cecil Tolbert; his mother, Shirley Mae Tolbert-Dabbs; and his stepfather, Roosevelt Dabbs.

He is survived by one daughter, Bridgett Gilliam of Crossett; two stepsons, Marcus Austin and Chris Okilo, both of Arlington; one brother, Mickey Tolbert, wife Wanda, of Cedar Hill, Texas; three sisters, Evelyen Faye Cartwright of Phoenix, Ariz., and Hazel Stanley, husband Bo “Lavele,” and Jeanette Davis, both of Hamburg; and five grandchildren.

Ben Edward Tyler, 55, of Irving, Texas, died Saturday, March 14, 2020, at Life Care Hospice Hospital in Dallas, Texas. He was a native of Lake Village but a resident of Irving for 33 years, was a forklift driver for Mattel Toy Company, and was of the Baptist faith.

Funeral service was held Saturday, March 21 at 11 a.m. at Woodson Temple Baptist Church with Rev. Glenn McJoy officiating. Burial was in Woodson Temple Cemetery and under the direction of Cromwell Funeral Home.