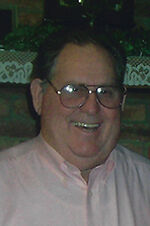 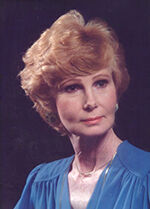 He was preceded in death by his parents, three sisters, and one grandson, Oliver Carter.

Graveside services were held at 11 a.m. Jan. 30 in Crossroads Cemetery with Bro. Robin Allen officiating and under the direction of Jones Funeral Home.

He was a lifelong resident of Crossett and Hamburg, and he was a member of Hunter’s Chapel Missionary Baptist Church where he previously served as an usher. He was a retired skidder driver for Moffatt Logging Company.

Graveside service will be Thursday, Feb. 4 at 1 p.m. in Quinn Cemetery with Rev. Johnny Green officiating and under the direction of Cromwell Funeral Home.

He was preceded in death by his parents, John Henry and Maurese Hackney Miller, one brother, and six sisters.

Survivors include his wife of 58 years, Velma Ruth Miller; one son, Charles Enoch and Melinda Miller, of Crossett; four grandchildren; three great-grandchildren; one brother, James Miller of Russellville; and one sister, Gloria Greene of Van Buren.

Graveside services were held at 3 p.m. Monday, Feb. 1 in Lacey Cemetery with Bro. Kenny Bolin officiating and under the direction of Jones Funeral Home.

She was a former resident of Texas.

She was preceded in death by her parents, Robert Wesson and Jerolene Brockwell Jones; one sister, Norma Wesson Hollis; one sister-in-law, Melba Wesson; and her husband, John Smith.

Graveside services were held at 2 p.m. Friday, Jan. 29 in Pinewood Memorial Park in Crossett with Bro. Keith Boseman officiating and under the direction of Jones Funeral Home.