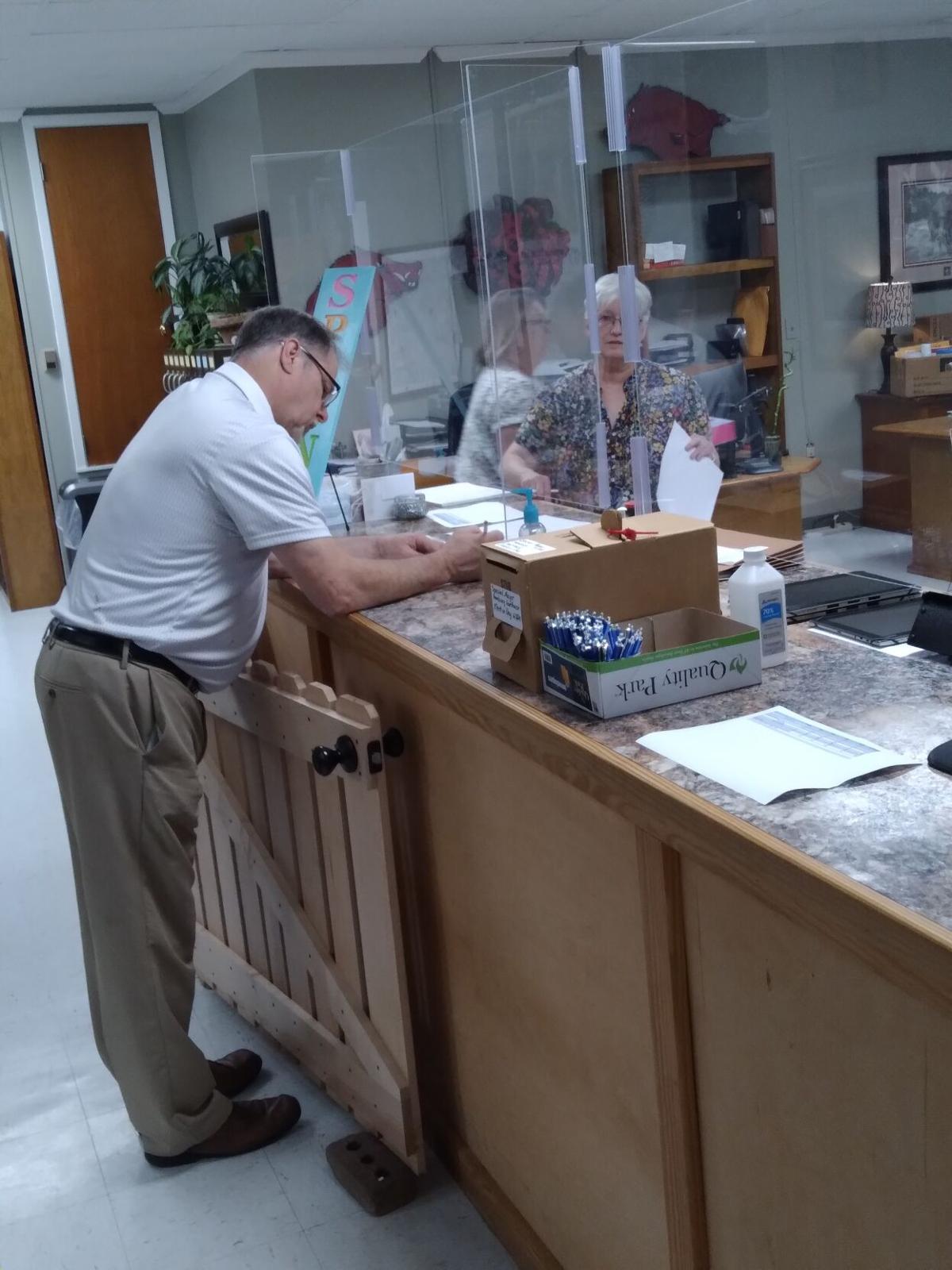 Election workers take care with the details during Tuesday night’s vote counting after Hamburg residents cast ballots in a special election to fill the remainder of the late Dane Weindorf’s term. 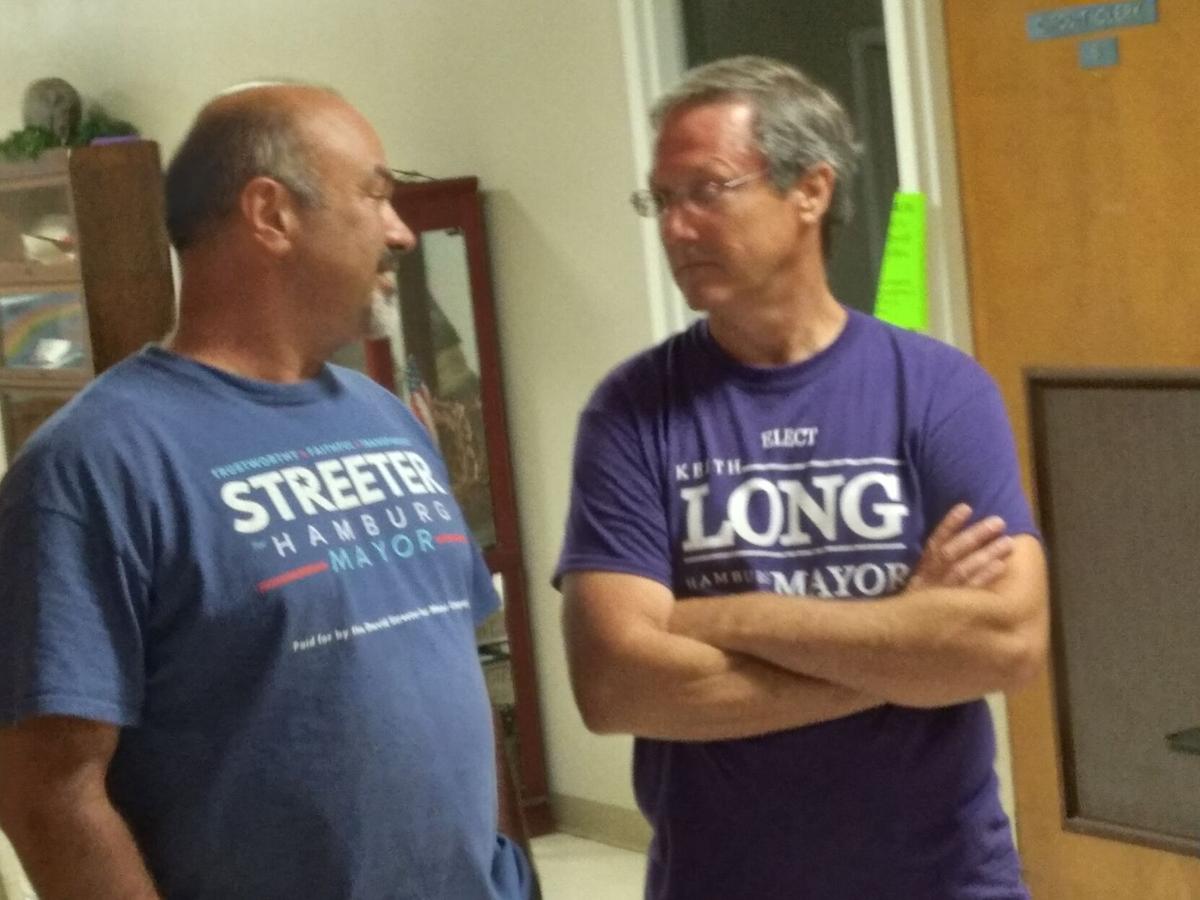 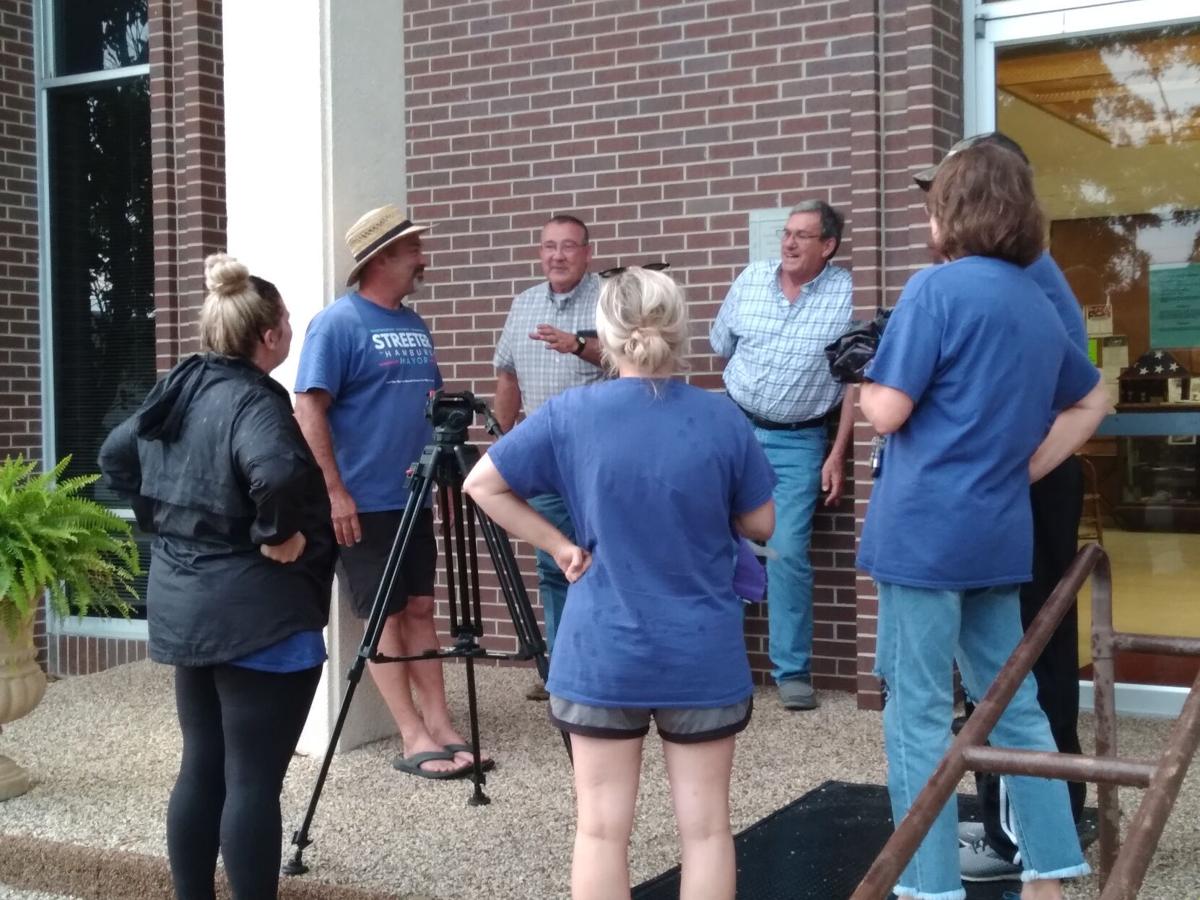 Election workers take care with the details during Tuesday night’s vote counting after Hamburg residents cast ballots in a special election to fill the remainder of the late Dane Weindorf’s term.

Every vote counts — or at least every five votes.

That was the margin that decided the Hamburg special mayoral election Tuesday, June 8.

In unofficial results, the apparent winner, David Streeter, took 270 votes to the 265 ballots the other contender in the race, Keith Long, was able to claim. In terms of percentages, those five votes are represented by decimal points — 50.4672 percent to 49.53 percent.

The results are considered unofficial because they have not been certified by the Ashley County Election Commission. The commission will certify the election at 11 a.m. Friday, June 11.

“I feel relieved; I feel blessed,” Streeter said shortly after the results were tabulated. “I have had so much help.”

The election was to fill the mayor’s chair, which was vacated when former Mayor Dane Weindorf died Feb. 20 at 74.

The new mayor will serve through at least Dec. 31, 2022; he will be eligible to run for the office again that fall. City Clerk Peggy Akers has been serving as acting mayor until the election was completed.

The apparent mayor-elect said he’s eager to get to work.

“I am ready to get out and find out all the citizens’ concerns and see what I can do to fill and meet those (needs),” Streeter said. “What I have found as I have campaigned is that everybody’s priorities are in a different direction, and you can’t look at someone’s problem as not a priority, because it is to them.”

Streeter is currently the Director of Student Services/Affairs at the University of Arkansas at Monticello College of Technology-Crossett. He said Tuesday he plans to resign his position at the college once the votes are certified.

He is married to Tracy Streeter, the Hamburg School District’s superintendent of schools. Three generations of his family have been from Hamburg, and he serves as a deacon at First Baptist Church of Hamburg as well as the Sunday school director and in the choir.

The vote count represents approximately 41 percent of the city’s electorate. Hamburg had a total of 1,292 eligible voters in the election.

Fauci urges Americans not to get booster shots without approval

A significant number of the ballots were cast during the early voting period, June 1 to 4 and Monday, June 8.

More than two-thirds of Streeter’s ballots — 176 — were cast during that time, while just over half — 50.5 percent — of Long’s ballots, 134, were voted during the same period.

In Election Day voting, Streeter’s supporters added 86 to his vote count; Long’s backers showed up to give him 118 more.

During the day, backers and well-wishers for both candidates lined both sides of Main Street waving signs and urging more people to vote.

While a vote is a vote no matter when or how it is cast if it is cast legally, it’s possible the election was decided by absentee ballots.

Long led absentee voting with 11 tickets in his favor, but Streeter’s seven absentee ballots contain the five vote margin he needed to prevail.

Following the announcement of the results at the Ashley County Clerk’s Office, Streeter and Long spoke together for several moments.

Members of the public who were present commented that the nature of the election had been one of the least contentious local races they had ever witnessed.

Despite the thin margin that separated the two candidates, Long posted a statement on social media Tuesday evening thanking the community and expressing support for Streeter.

“Hamburg citizens, thank you so much for your kind words and support through this mayoral race!” Long wrote. “Even though I did not win the election, it’s time for Hamburg to move forward under the leadership of David Streeter. I can’t wait to see what the future holds for us and our town!”