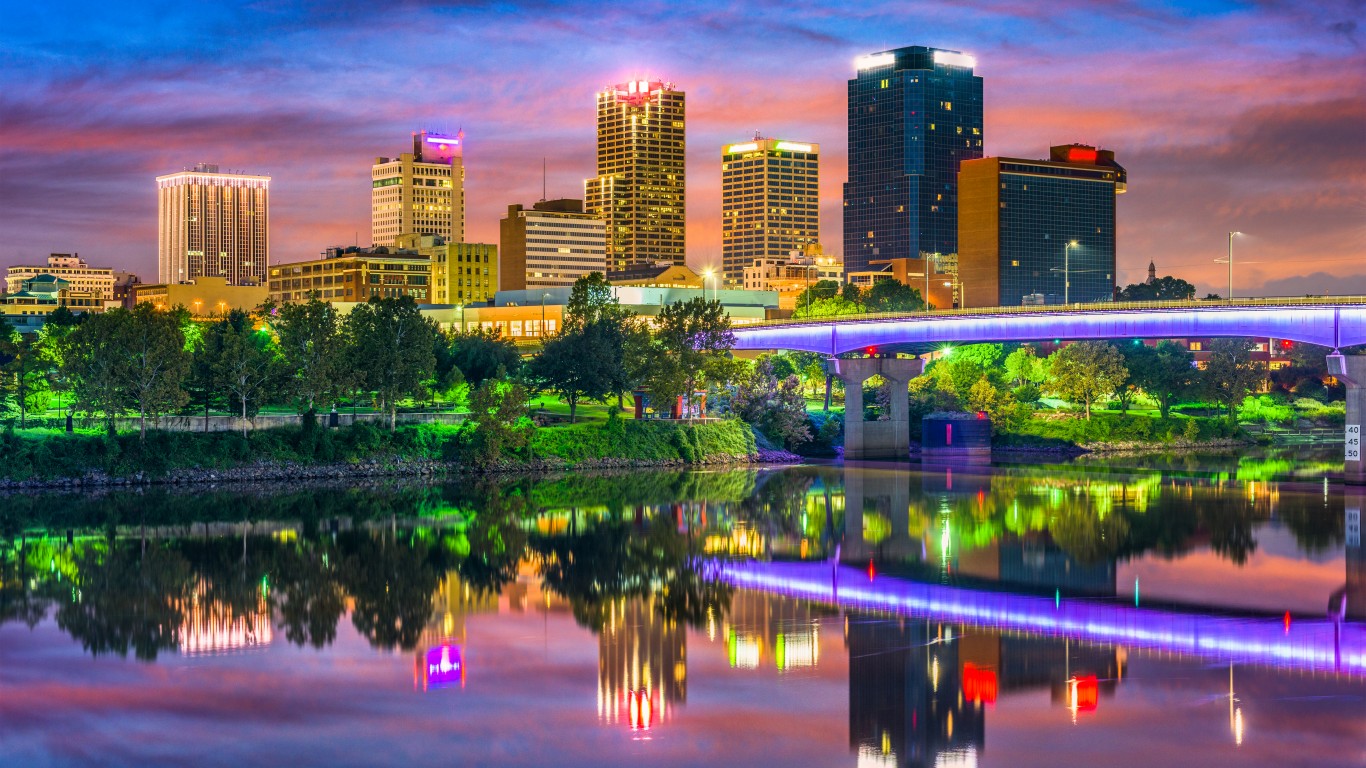 There are an estimated 39.5 million Americans living below the poverty line, which, in the lower 48 states, is an annual income threshold of $12,880 for an individual and $26,500 for a family of four (Alaska and Hawaii have a slightly higher threshold). Living in poverty can have serious consequences and impacts nearly every aspect of life -- and those problems can be compounded for those who are facing poverty while also living in very poor neighborhoods.

Poor residents of the Little Rock metropolitan area are more likely to live in concentrated poverty neighborhoods than those of any of the five other Arkansas metro areas. Nearly 8% of the 107,800 Little Rock residents living below the poverty line are in one of the seven area neighborhoods where over 40% of the population live below the poverty line.

For many in these neighborhoods, upward mobility is limited, partially due to reduced access to information and job opportunities. For example, only 54% of households in the metro area's high-poverty neighborhoods have internet access, compared to 80% of all households across the metro area. Additionally, unemployment in Little Rock's poorest neighborhoods stands at 11.2% -- more than double the 4.0% jobless rate in the rest of the city.

All data used in this story are five-year estimates from the U.S. Census Bureau's 2019 American Community Survey. We only considered census tracts, or neighborhoods, with at least 500 people and college or graduate school enrollment below 50%. Metro areas were also excluded if over 25% of the population in tracts or neighborhoods of concentrated poverty were college or university students.

This article originally ran on 247wallst.com.