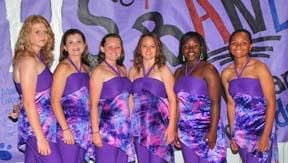 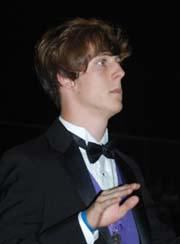 Franklin Joseph Mixon, 57, of Montrose, died Monday, Jan. 10, 2022, at Arkansas Heart Hospital in Little Rock. He was a native of Fort Hood, Texas, a resident of Montrose for 11 years, and a former resident of Pontotoc, Miss., for many years. Read more

Fred L. McAlister, 89, of Choudrant, La., died Jan. 13, 2022. He was born in Parkdale on Jan. 9, 1933. He retired from Entergy in 1991. He also served in the United States Air Force. He was a Southern Baptist and member of Wilmot Baptist Church but occasionally attended New Hope Baptist Church. Read more

Ronnie Pennington, 79, native and lifelong resident of Fountain Hill, died Friday, Jan. 14, 2022, at Drew Memorial Hospital. He was a 1960 graduate of Fountain Hill High School and a veteran of the United States Army Reserve from 1964 until 1970, having served during the Vietnam Era.  Read more

Patsy Jo McLeod Tomerlin, 71, of Hamburg, died Sunday, Jan. 9, 2022, at Baptist Health Medical Center in Little Rock. She was a native of Crossett, a lifelong resident of Hamburg, and a 1968 graduate of Hamburg High School.  Read more

The HHS band took the field for the first performance of the year at the victory against Marianna on September 4.

The new flag line practiced long hours to prepare for this night's performance. The try-outs, which were held in April for the flag-line, evaluated marching, attitude, routine, and fundamentals, all of which are vitally important to having a great line.

Their summer practices began August 3 and ended August 7. They spent fifteen hours of practice with three hours each day. Their instructor was Terri Cossey from Little Rock.

The flag line members are excited about the new season. McPherson stated, "It's been a great experience and fun." Band director Marty Martin is also excited about the front line. He stated, "The new members display leadership and great work ethic. I'm enthusiastic and looking for great things to happen."

Marching competitions for the band are October 13 in Monticello and October 29 in Magnolia.