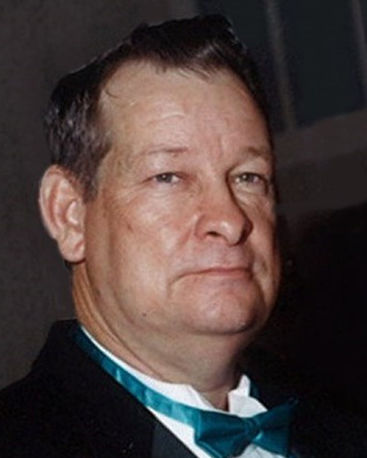 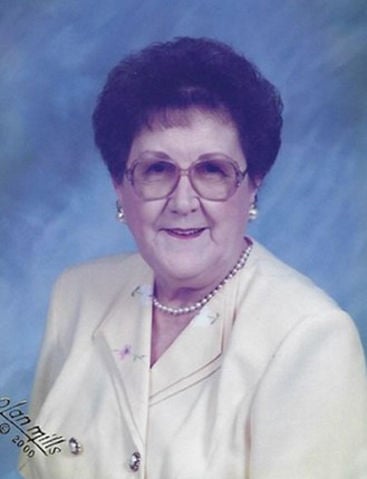 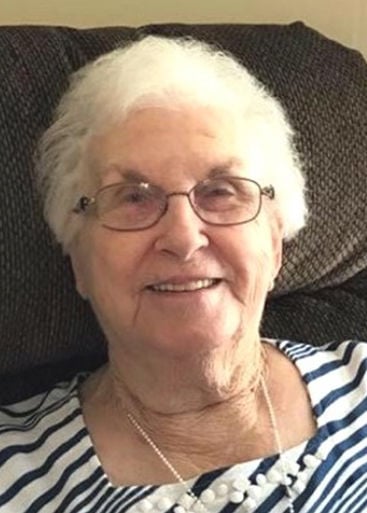 Athlean Goyne Carpenter, age 82 of the Ladelle community, went to be with the Lord on Monday, March 19, 2018 at UAMS Hospital in Little Rock. She was born November 9, 1935 in Ladelle to the late Elisha Harvey Goyne and Sarah Lee Deal Goyne.

She was a dedicated pastor's wife to her late husband, Rev. Ronnie Carpenter, homemaker and a retired Drew Central Food Service Director for 37 years. She also previously worked as a sales retail sales clerk. In her later years, she was the daily sitter for her two great granddaughters, Emma and Caroline, for seven years. In addition to her husband and parents, she was also preceded in death by three brothers, Carl, Garvin and Clell Goyne; one sister, Virginia Lloyd; and one infant sister.

Mrs. Carpenter was a member of Ladelle Baptist Church where her grandson pastors and, in recent years, also attended Prairie Grove Baptist Church where her son pastors. It was her joy to support both her son and her grandson in their ministries. She was very active in her church as she sang in both church choirs, was a Sunday school teacher for many years and was on the finance committee for many years. Her hobbies included reading her Bible, sitting on her porch bird watching, cooking for family and friends, hunting in her early years, watching ice-skating and the Razorbacks, along with picnicking with her two great granddaughters.

Timothy Dewayne Poole, 58, of Crossett, died Tuesday, March 27, 2018, at his home. He was born on April 23, 1959, in Warren and lived in Crossett most of his life. He was a Baptist, a machine operator for the Georgia-Pacific Plywood Mill for 15 years and a member of the Crossett High School class of 1978.

He is preceded in death by his father, Willie Clyde Poole; his stepfather, Charles Posey; one brother, Mike Poole; one sister, Martha Poole; grandparents, Ben and Lizzie Jane Franklin, and Clarence and Lola Poole; and one aunt.

He is survived by his wife, Kimberly Simpson Poole of Hot Springs; one son, Russell D. Poole and wife, Elizabeth, of Petersburg, Alaska; one daughter, Sabrina Poole of Hamburg; his mother, Martha Posey of Crossett; a sister-in-law, Linda Poole of Vilonia, Arkansas; and four grandchildren.

Visitation was from 6 to 8 p.m. on Thursday, March 29 at Medders Funeral Home.

James Roberts, Sr., 71, of Hamburg, died Sunday, April 1, 2018. Roberts was a native and lifelong resident of Hamburg, a 1965 graduate of Hamburg High School and a veteran of the United States Army, having served during the Vietnam Era. He worked for the Georgia-Pacific Corporation for 35 years and was a member of the North Main Baptist Church.

He was preceded in death by his wife, Rita Graves Roberts; his parents, Johnny and Ruby Trantham Roberts; two sisters, Judy Ford and Pat Swan; a brother, Danny A. Roberts; and a brother-in-law, Harry “Scooter” Davey.

Bonnie Elton, 88, of Hamburg, died Monday, April 2, 2018. Elton was a native of Vandervoort, Arkansas and a resident of Hamburg for the past 70 years. She was a member of the Southside Baptist Church. She was a former member of Gardner Baptist Church and North Main Baptist Church, where she taught Sunday School and Vacation Bible School.