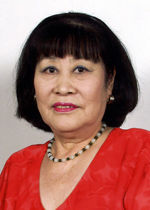 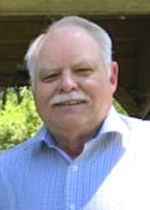 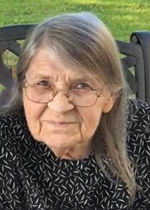 Sophie Adams, 76, of Hamburg, died Sunday, Sept. 8, 2019, in Monroe, La. She a native of Korea and a resident of Hamburg for the past 44 years. She was a homemaker and worked for Hamburg Shirt Factory for over 20 years. She attended Tillou Baptist Church.

She was preceded in death by her husband, George Glen Adams; her parents, E. Yun and Da Sun Hwang Kwon; and one brother.

She is survived by two children, Lisa Adams Fulgham and husband, Terry, and George Allen Adams, all of Hamburg; one sister, Sukie Simpson and husband, Mel, of Tulsa, Oklahoma; five grandchildren; and three great-grandchildren.

Arrangements were under the direction of Jones-Hartshorn Funeral Home.

He was a 1970 graduate of Portland High School and attended one year of college at University of Arkansas at Monticello, where he learned how to swim.

He was honorably discharged from the Army National Guard, where he served as a first aid attendant. He was a Hunter’s Education instructor for 33 years and worked for Georgia-Pacific Paper Operations for 46 years. He had many jobs at Georgia-Pacific, the last of which was a boiler supervisor.

He was a member of Martinville Baptist Church.

He was preceded in death by his parents, Earnest Alvin “Hoot” and Helen Marie Gwin Bates.

He was preceded in death by one son, Thomas “Puda” Spratt; his parents, John T. “Pat” and Emma Lee Spratt; one brother, Herbert Spratt; and one sister, Johnnie Mae Spratt.

He is survived by one daughter, Veronica Howard of Lakewood, Wash.; one brother, George “Wee” Spratt of Las Vegas, Nev.; one grandson; and one great-grandchild.