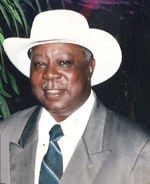 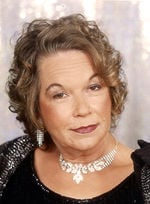 Albert C. Campbell, 77, of Parkdale, died Thursday, Oct. 10, 2019, in Little Rock. He graduated from Parkdale High School and worked for Georgia-Pacific Corporation for 42 years, having retired in 2004. He was a member of Childress Chapel Missionary Baptist Church, where he served as a deacon and treasurer.

He was preceded in death by his parents, Johnny and Lorena Barney Campbell; three brothers, James, Johnnie L. and Fredrick Campbell; one sister, Joylone Campbell; and one grandson, Kevin Mosbey.

Funeral services will be held at 2 p.m. Thursday, Oct. 17 at Union Baptist Church with Pastor Cantrell Woods officiating. Burial will be in Zion Hill Cemetery.

Visitation will be from 1-2 p.m. Thursday at the church.

Born Jan. 2, 1949, she was a native of Portland and a former resident of Snyder. She graduated from University of Arkansas at Monticello College of Technology at Crossett with an AIP associate’s degree. She worked at Super 10 Store and at Hamburg Shirt Factory.

She was preceded in death by one daughter, Sheila Lynn Jones; one granddaughter, Nikki Carpenter; her parents, Otis and Hazel Ogles; her former husband, John W. “Johnny” Carpenter Sr.; and one brother, Raymond Ogles.

She is survived by two children, John William Carpenter Jr. of Fountain Hill and Marilyn Hall, husband David, of Fountain Hill; one sister, Betty Young of Pine Bluff; and one grandson.

Arrangements were under the direction of Jones-Hartshorn Funeral Home.