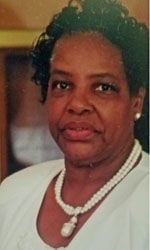 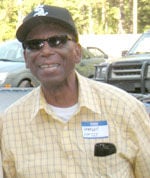 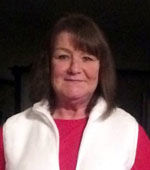 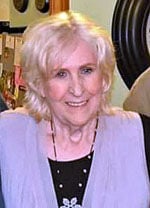 He was a butcher by trade and after working many years at Dixie Dandy, he and his two sons opened Clark’s Grocery in 1983. Working side by side as a family they served their patrons until they closed in 1998.

He was preceded in death by his parents; one brother, Neil Clark; and one sister, Dorothy McCrory.

He is survived by two sons, Jerry Clark (Shelley) and Kenny Clark (Tina), both of Crossett; and one sister, Alta Harrington (Billy) of Crossett; eight grandchildren; and a host of great-grandchildren.

A celebration of life service was held at 2 p.m. Sunday, Oct. 6 at Medders Funeral Home Chapel with Bro. Keith Boseman officiating and was followed by burial in Unity Cemetery.

Erma Lina Hawkins, 76, of the Pine Hill community at Hamburg, died Saturday, Oct. 5, 2019, at her home surrounded by her family. She was a lifelong resident of Ashley County, a homemaker, and a member of Holly Spring Baptist Church.

She was preceded in death by her husband of 52 years, Clifton Hawkins; one daughter, Nannette Hawkins-Green; her parents, Fred and Lovie Womack-Gibbs; one sister, Elena Davis; and three brothers, Lindberg, Billy, and Elvin Gibbs.

She is survived by one son, Clifford Hawkins, wife Linda, of Hamburg; three daughters, Sherri Hawkins-Goldsby, husband Greg, and Ameera Hawkins, both of Hamburg, and Gwendolyn Hawkins of Camden; three brothers, Richard Gibbs, wife Annie, of Hamburg and James Gibbs and Sherman Gibbs, both of Crossett; eight grandchildren; and four great-grandchildren.

Service will be held Friday, Oct. 11 at 11 a.m. at Holly Springs Baptist Church with Rev. David Bouie Sr. officiating. Burial will be in Carlock Cemetery.

Honorary pallbearers are the members of Crooked Creek Hunting Club.

Charles Ramond Loftis Jr., 82, of Crossett, died Monday, Sept. 30, 2019 at John McClellan Veteran’s Hospital in Little Rock. He was a native of Crossett, a resident of Union Pier, Mich., for 37 years, a retired school teacher and insurance salesman, and a veteran of the United States Army. He was of the Baptist faith.

He was preceded in death by his parents, Charles Loftis Sr. and Peral Smith-Loftis; one sister, Ruth Blackman; one brother, John Loftis; and one sister-in-law, Dorothy Boston-Loftis.

He is survived by his wife of 57 years, Francis Phillips-Loftis; one son, Darryle “Chico” Loftis, of Chicago, Ill.; and five grandchildren.

Alice Faye Lowery, 59, of Tallulah, La., died Saturday, Oct. 5, 2019, in Jackson, Miss. She was a native of Monroe, La., and a resident of Tallulah for all of her life. She graduated from Tallulah High School in 1979 and was of the Baptist faith.

She was preceded in death by her parents, Earl and Lois Smith Rash.

She is survived by her husband of 31 years, David Lowery of Tallulah; one daughter, Kellye Thomas and husband, Will, of Natchez, Miss.; four brothers, Bill Rash, Edward Rash and James David Rash, all of Tallulah, and Wayne Rash of Bossier City, La.; five sisters, Betty Wright and Carolyn Tamburo, both of Tallulah, Peggy Tullos of Laurel, Miss., Helen Rash of Dallas, Texas, and JoAnn Tennant of Vicksburg, Miss.; and one granddaughter.

A private memorial service will be held at a later date. Arrangements are under the direction of Jones-Hartshorn Funeral Home.

Bonnie Joyce Watson, 78, of Crossett, died Sunday, Oct. 6, 2019, at her son’s residence, surrounded by her family. She was a native of Crossett and a retiree of Georgia Pacific Extrusion, and she was of the Baptist faith.

She was preceded in death by her husband, Bill Watson, and one brother, James Gaught.

She is survived by four sons, Barry Mills and Steve Kannard, wife Pam, both of Crossett, Billy Watson of Savannah, Ga., and Jason Watson, wife Amanda, of Farmerville, La.; one sister, Helen Neal of Crossett; 15 grandchildren; and 11 great-grandchildren.

Service will be Wednesday, Oct. 9 at 2 p.m. at North Crossett First Baptist Church with Bro. Michael McIntosh and Bro. Robin Allen officiating. Visitation will be from 1 p.m. to 2 p.m. Per her wishes, she will be cremated.