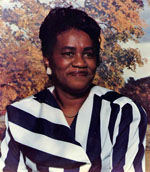 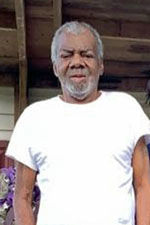 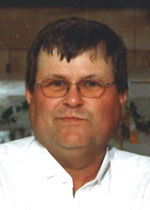 Elizabeth Ingram, 78, of Crossett, died Sunday, Oct. 20, 2019, at Ashley County Medical Center. She was a native of Wilmar, a retiree of Burlington Carpet Mill, and a member of Mt. Tabor Baptist Church.

James Albert Prewitt, 81, of Hamburg, died Tuesday, Oct. 22, 2019, at Cornerstone Specialty Hospital in Little Rock. He was a native of Fountain Hill, a retired cemetery supervisor for Pinewood Cemetery, an employee of Jones Funeral Home for over 40 years, a member of Mt. Zion Baptist Church, and a veteran of the United States Navy.

Burial was in Phillip Grove Cemetery.

Billy Gene Scroggins, 63 of Crossett, died Saturday, Oct. 26, 2019, at Somerset Senior Living Center in Crossett. He was a native of Parkdale, a farmer, and a member of Indian Switch Assembly of God Church.

He was preceded in death by his wife of 35 years, Kim Weatherford Scroggins; one daughter, April Scroggins; his mother, Nora E. Rich Scroggins; and one sister, Patty Scroggins.

He is survived by four children, Lindsey Forrest and husband, Stephen, of Crossett, Danielle Shapovalov and husband, Vladimir, of Bel Air, Md., Michael Scroggins of Hot Springs, and Phillip Scroggins of Benton; his father and stepmother, Billy E. and Betty Scroggins of Monticello; one brother, Freddy Scroggins and wife, Tresia, of Conway; and four grandchildren.

Graveside services were held at 11 a.m. Monday, Oct. 28 in Parkdale Cemetery with Rev. Roger West officiating. Funeral arrangements were under the direction of Jones-Hartshorn Funeral Home.