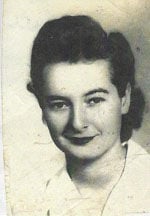 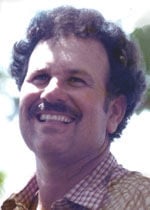 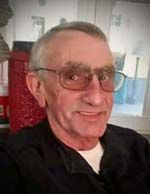 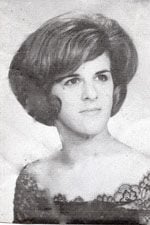 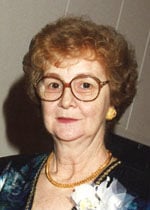 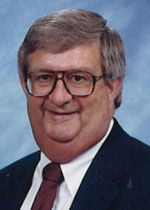 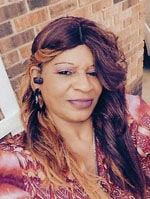 Lois Nell Smith Austin, age 95, was born on April 24, 1924 to Mary Vail and Ed Smith at Jones, LA. She was a resident of Parkdale for 58 years and Ashley County for 93 years. She was active in church all her life. She was a member of Southside Baptist Church since 2004, a former church clerk for Parkdale and a custodian for 50 years, Women’s Missionary Union and Sunday School teacher for 65 years, a Girl Scout Den Mother, ran the Parkdale Schools Cafeteria for six years, was a Parkdale Postal Clerk, PTA President at Parkdale School, worked for Boeing Air Craft at Wichita, KS on B29 Bombers in World War II and retired after 30 years from Superior Surgical at Eudora, AR.

She was preceded in death by her parents; her husband of 48 years, Lee Austin; one brother, R. W. Cobb Smith; two sisters, Willie Mae Tilbury from Louisiana and Katie Bell of Eudora, AR and one great grandson, Austin Lee Thames of Rayville, LA.

She is survived by one son, James Lee and wife Ann; one daughter, Alice Faye Forrest, all of Hamburg, AR; three grandchildren, Kim Thames of Rayville, LA, Scott Forrest of Hamburg, AR and Philip J. Austin and wife, Jessica, of Florida; six great grandchildren, Dillon Thames, Timothy and Bryson Forrest, Ethan, Holligh and Anniston of Florida; one sister, Nettie Lou ‘Cricket’ Kelly of Crossett, AR. and a host of friends and loved ones.

He was preceded in death by his parents, Guy David and Velora Hudgins Bozeman, and two brothers, Raymond Bozeman and David Bozeman.

He was born in Portland on Aug. 6, 1956, to his parents, Billy Joe Bridges and Earnestine McCroy Boyd. He spent most of his life in Crossett, where he worked as a truck driver for Steve Bolin’s trucking company for more than 20 years.

He was preceded in death by his parents; two sisters, Petunia Ann Bridges and Wanda Bond; one brother, Billy Ray Bridges; and one daughter, Misty Bridges.

He was born Nov. 5, 1936 in Fountain Hill to Clyde Franklin and Annie Catherine High. He graduated from Hamburg High School in 1954 and following his service in the US Army, he settled in Phoenix.

He was a longtime member of First Southern Baptist Church at Sahuaro Ranch in Glendale, Ariz.

Funeral service and burial were Oct. 28 in Phoenix.

She was born in Crossett on Nov. 12, 1948, to the late Kent and Mabel Morris and graduated from Hamburg High School in 1966. She was a resident of Brandon, Fla., and was a member of Nativity Catholic Church.

Survivors include one son, William Morris; one daughter-in-law, Lindsay Morris; and one brother, Dennis Morris.

Evelyne McClain Riley, 84, of Hamburg, died Sunday, Nov. 3, 2019, in Crossett. She was a native of Ashley County, a resident of Hamburg for most of her life, and a 1953 graduate of Hamburg High School. She worked for Jones Funeral Home for 31 years and was a member of First Baptist Church of Hamburg.

She was preceded in death by her husband of 48 years, Robert R. “Bobby” Riley; her parents, Sherwood and Eula Oden McClain; and one brother, Jimmy Dale McClain.

She is survived by her children, Lisa Riley Timmons and husband, Benji, of Russellville and Robert Michael Riley and wife, Terri Lynn, of Hamburg; one sister-in-law, Donna McClain of Carrollton, Texas; two granddaughters; and two great-granddaughters.

Edward Austin “Sonny” Tucker, 77, of Hamburg died Sunday, November 3, 2019. The son of the late Walter Edward and Maysel Austin Tucker, he graduated from Hamburg High School in 1960 and attended the University of Arkansas where he played trumpet in the Razorback Band. He graduated from Arkansas Polytechnic College with a degree in business in 1964.

After college, Sonny owned and operated W. E. Tucker Oil Co., Inc., and held numerous posts in the industry, including serving on the board of directors and as president of the Arkansas Oil Marketers Association and on the board of the National Oil Jobbers Council.

Sonny was a member of the First Baptist Church of Hamburg.  He also served on the boards of First State Bank of Crossett and Farmers Bank in Hamburg. Members elected him as president of the Hamburg Chamber of Commerce and the Hamburg Kiwanis Club. During the Vietnam War, he served in the U. S. Army Reserve.

Sonny was a member of the first golf team at Arkansas Polytechnic College and remained an avid golfer. An enthusiastic Razorback fan, he also was a long-time member of the Barnes Deer Camp and the Woodstock Hunting Club. He was a proud and loving Pop to his grand-girls.

He is survived by his wife of 56 years, Linda Crouch Tucker of

Dorothy Rean Walton, 55, of Crossett, died Saturday, Nov. 2, 2019, at Ashley County Medical Center. She was a native of Dermott and former resident of Hamburg and Montrose. She was previously employed at Shipping System and also worked as a certified nurse’s assistant. She was a member of Pleasant Green Baptist Church.