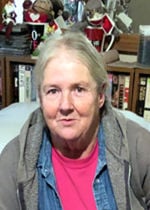 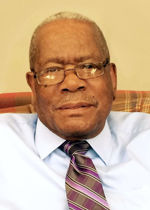 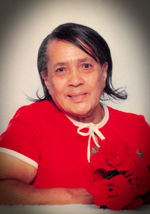 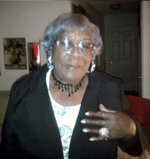 Cynthia Nutt Evans, 62, of Hamburg died Saturday, Nov. 23, 2019, at her residence. She was a native of and raised in Crossett and was a resident of Hamburg for the past 40 years. She was a homemaker.

She was preceded in death by her husband of 18 years, John Eric Evans; two sons, Yousef Ray Atashkadeh and Eric “Ricky” Evans; her father, W.R. Nutt; and her mother and step-father, Claudine Johnson Huff and Buddy Huff.

She is survived by one daughter, Christy Norrell and husband, Jimmy Don, of Hamburg; two sons, Casey Huff and Jessy Nutt, both of Hamburg; one brother, Clifford Huff of Johnsville; one sister, Beverly Key and husband, John, of Crossett; three grandsons; and two great-grandchildren.

Funeral services were scheduled for 2 p.m. Tuesday, Nov. 26 in the Jones-Hartshorn Funeral Home chapel with Bro. Carlton White officiating. A private burial will be in Crossroads Cemetery.

He was born July 17, 1933, in Parkdale, and he attended Savage Elementary and High School there. He worked many jobs including as a butcher at Gregory General Store, a custodian at Parkdale Bank, a bus driver for Parkdale and Wilmot Schools, a civil defense worker for Ashley County, and a landscaper. He later created his own landscaping business. He attended Union Baptist Church in Parkdale where he served as a Sunday School teacher, a member of the deacon board, and in the choir.

He served as a member of Parkdale School Board, Masonic Lodge, and the Singing Union and acted as a scout master for the Boy Scouts of America.

Funeral services will be held at 2 p.m. Saturday, Nov. 30 at First Baptist Church of Hamburg with Rev. Rickey L. Jasper officiating. Burial will be in Childress Chapel Cemetery.

Funeral arrangements are under the direction of Jones-Hartshorn Funeral Home of Hamburg. Visitation will be from 1 p.m. to 2 p.m. Saturday at the church.

She was born July 8, 1929, in Crossett and attended Ashley County Training School (T.W. Daniels). She was a member of Hunters Chapel Missionary Baptist Church where she served as a deaconess and as the church treasurer for many years. She worked as a hairdresser.

She was preceded in death by her parents, Robert and Alberta McGee; her husband, Rev. Joseph Moore Jr.; one son, William Moore; one infant daughter, baby Moore; four sisters, Versie

Survivors include three daughters, Kayla Wright and Sheila Moore, both of Milwaukee, Wis., and Brenda Webb of Fairview

A celebration of life service was held at 1 p.m. Nov. 21 at New Bethel Missionary Baptist Church in Crossett with Pastor Quintin Radford officiating. Burial followed in Westview Cemetery under the direction of Medders Funeral Home.

She was preceded in death by her parents, Pearlie and Lizzie Marie Jacob Hughes; two brothers, Pearlie Hughes Jr. and Travis Hughes; and one grandson, J.D. Robinson.

(Bestre) of Crossett, and Judge Judy Robinson of Little Rock; 13 grandchildren; and 16 great-grandchildren.

A celebration of life service will be held at 1 p.m. Saturday, Nov. 30 at Davis Memorial COGIC, 300 N. Virginia St. in Crossett, followed by burial in Pugh Cemetery.

The service is entrusted to Medders Funeral Home.

Luella Ross, 83, of Lake Village, died Friday, Nov. 15, 2019, at St. Vincent Hospital in Little Rock. She was a lifelong resident of Lake Village, a retired certified nurse’s assistant having worked at Beverly Nursing Lodge and Our Lady of the Lake for a number of years, and a member of Zion Temple Church of God in Christ.

Honorary pallbearers were her sons and son in law.

Burial was in New Cemetery under the direction of Cromwell Funeral Home.