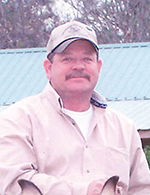 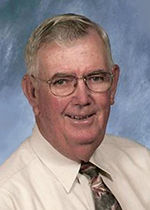 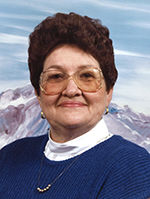 Bobby Earl Croswell, age 82, died Feb. 28. He was born in Crossett June 27, 1937 and retired from Georgia Pacific – Paper in 2001 after 41 years. He started in the beater room and retired as a mill yard general mechanic.

He was preceded in death by his parents, Earl Thomas and Gladys Marie Croswell; his twin siblings, James “Buddy” and Jane Lowry; and one daughter, Kathryn Angelique Burnett.

He is survived by his wife of 62 years, Kay Parham; one son, Robert Thomas Croswell and wife Jessica of Elgin, Ill.; and four grandchildren.

A celebration of life service was scheduled for 2 p.m. Tuesday, March 3 in the Medders Funeral Home chapel, 1564 Hwy 52 W in Crossett, with Bro. Mike Griffith officiating. Burial was to follow in Pinewood Memorial Park.

He was a member of Portland Baptist Church and he attended Jennie Baptist Church. He also attended John 3:16 Ministries where he volunteered helping young men that struggle with addictions.

He was preceded in death by his father, Clarence “C.H.” Hennington.

Sandy Jennifer Rice, 43, of Crossett, died Wednesday, Feb. 26, 2020, at Baptist Health Medical Center in Conway. She was born July 8, 1976, in Longview, Texas, and was a lifelong resident of Crossett having graduated from Crossett High School in 1994.

Through the years she worked at Baker’s Pharmacy, Jr. Meeks Chevrolet, Area Agency on Aging Home Health, and most recently, Drew Memorial Hospital as the patient access manager.

She was preceded in death by her grandparents, Bobby and Cornelia Smith and Chester and Scottie Trammell, and her mother-in-law, Sandra Rice.

She is survived by her husband of 23 years, Timmy Rice; one son, Luke Rice; her parents, Mark and Vicki Trammell; her father-in-law, Ronald Rice; and one sister-in-law, Karen Harrington; all of Crossett.

A celebration of life service was held at 2 p.m. Sunday, March 1 at Medders Funeral Home chapel with Bro. Lyle Hern officiating. A private burial is planned in Carter Cemetery.

In lieu of flowers, donations may be made to Prairie Benefit Trail Ride in her honor.

Billy F. Riley, 83, of Hamburg, died Friday, Feb. 28, 2020, at his residence. He was a native and lifelong resident of Ashley County. He worked for Georgia-Pacific Forestry and Tucker Oil Company for many years, and he was a member of Promise Land Missionary Baptist Church.

He is survived by his wife of 62 years, Irene High Riley of Hamburg; three daughters, Julia Riley Cranford and husband, Dennis, of Ridgeland, Miss., Beth Riley West of Boiling Springs, S.C., and Gloria Riley Forrest and husband, Chris, of Hamburg; 14 grandchildren; and 13 great-grandchildren.

LaShaun Swaim-Stanley, 34, of Crossett, died Saturday, Feb. 22, 2020 at Baptist Health Medical Center in Little Rock. She was a native of Zachary, La., but a resident of Crossett, a manager at Daylight Doughnut Shop, and owner and operator of Play Pretty Boutique in Hamburg.

She was preceded in death by her paternal grandmother, Bonnie Swaim and maternal grandfather, Ronnie Grantham.