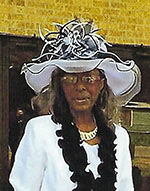 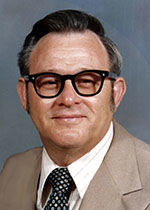 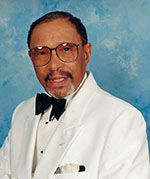 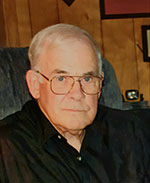 She was a retired school bus driver and a member of Ball Temple African Episcopal Church in Greenville.

Burial was in Southside Cemetery in Oak Grove.

Jacqueline Bivens-Williams, 61, died Dec. 31, 2019. She was born in Crossett May 1, 1958. She was a member of the Crossett High School class of 1976, a former member of New Bethel Missionary Baptist Church and Faith Ministries, and a member of Freedom Ministries where she participated in the Praise Team. She previously sang with the Keystone Singers.

She was retired from City of Crossett Sanitation Department.

She was preceded in death by her husband, Charlie L. Williams.

A homegoing celebration was held at 11 a.m. Saturday, Jan. 11 at Freedom Ministries with Pastor Barbara Cooper officiating. Burial followed in Westview Cemetery under the direction of Medders Funeral Home.

J.D. Higginbotham, 84, of Hamburg, died Saturday, Jan. 11, 2020, at his residence. He was a native and lifelong resident of Hamburg and a graduate of Hamburg High School. He worked for Georgia-Pacific Corporation for 46 years and was a member of First Baptist Church of Hamburg for over 70 years.

He is survived by three sons, Eric Higginbotham and John David Higginbotham both of Hamburg and Jay Higginbotham of Crossett; two half-brothers, Fay Giles of Price, Utah and Doyle Giles of Conway; one half-sister, Johnita Lebow of Houston, Texas; two grandsons; and three great-grandchildren.

Visitation will be after the service.

Millard Fillmore Logan Jr., 95, of Crossett, died Monday, Jan. 6, 2020 at Northeast Louisiana Veteran’s Home. He was a native of San Antonio, Texas; a member of Gates Chapel African Methodist Episcopal Church; and a retiree from the United States Navy having served in World War II, Korean War, and Vietnam War.

He was a 32nd degree Mason, a member of Eli Baker Lodge #62 F&AM, a Shriner, a member of Menelik Temple #36, and a member of VFW Post 9360. He was also a member and past patron of the order of Eastern Star Rebecca Chapter #56 and Victoria Consistory #25.

He was preceded in death by his wife of 37 years, Boyce Lee Logan; his parents, Millard F. Logan Sr. and Rosie Nolan-Logan; one brother, James Logan; and three sisters, Annie Gainer, Mildred North, and Rose Stevens.

In lieu of flowers, memorials may be made to Gates Chapel African Methodist Episcopal Church.

Mr. Sivils, retired from International Paper Company and a resident of Bastrop, passed away Saturday, January 11, 2020 at the age of eighty-two. Mr. Sivils was a member of Cherry Ridge Baptist Church. He enjoyed singing, gardening, and also competed in lumberjack competitions. Mr. Sivils was a United States Veteran who served in the Navy.