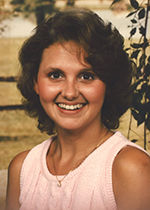 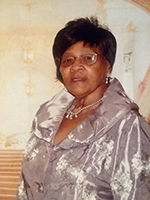 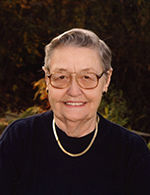 Lisa Allison, 57, of Hamburg, died Wednesday, Jan. 22, 2020, at her home. She was a native of Jackson, Mich., and a resident of Hamburg since 1989. She was a homemaker and a member of Hamburg First United Methodist Church.

She was preceded in death by her father, Calvin Wonnacott.

She is survived by her husband of 31 years, Tyman Allison of Hamburg; her mother, Maxine Hill Wonnacott of Pickford, Mich.; one sister, Pam Singh of Kentucky; two brothers-in-law, Mal Allison and wife, Sharon, of Tomball, Texas, and Derek Allison and wife, Tiffany, of Houston, Texas; and one sister-in-law, Kim Schaefer and husband, Danny, of Ballinger, Texas.

Memorials may be made to Hamburg First United Methodist Church, 202 N. Main Street, Hamburg, AR 71646. Arrangements were under the direction of Jones-Hartshorn Funeral Home.

Claudell Goree, 82, of Crossett, died Thursday, Jan. 16, 2020, at her home. She was a native of Fountain Hill in the Longview Community, a retiree of Georgia Pacific Plywood after 25 years of service, and a member of Pleasant Green Baptist Church where she was in the choir.

Honorary pallbearers were the deacons and trustees of Pleasant Green Baptist Church.

Burial was in Westview Cemetery under the direction of Cromwell Funeral Home.

Gerald Edward “Eddie” Payne, 75, of Crossett, died Saturday, Jan. 25, 2020, at his home. He was born in Tinsman on March 14, 1944, and was a 1962 graduate of New Edinburg High School. He began working for Georgia Pacific that same year, and after 30 years, he eventually retired as a millwright/journeyman.

He was a Mason with Crossett Lodge # 576 and a 32nd Degree Scottish Rite Mason.

He served as a deacon for most of his adult life at South Crossett Missionary Baptist Church and South Main Baptist Church, where he was a member and former Sunday school teacher.

Along with his parents,

He was preceded in death by his parents, Cecil Edward and Eunice Roberts Payne; one daughter, Sharon Lynnette Porter; and one sister, Jimmie Ann Payton.

A celebration of life service will be held at 2 p.m. Wednesday, Jan. 29 at South Main Baptist Church with Pastor Lyle Hern and Bro. Roy Grantham officiating. Burial will follow in Pinewood Memorial Park under the direction of Medders Funeral Home.

He became a presbyter in the Arkansas District Pentecostal Church of God and  served as pastor of several churches over the years, most recently Friendship Worship Center of Crossett.

He was preceded in death by his parents, Pete Barbee and Geneva Iris Thornton Perdue; two brothers, Eugene and John Wayne Perdue; one sister, Margaret Ann Pardue; and one great-grandson, Nicholas Vincent.

Estelle McCrory Selby, 84, of Hamburg, died, Sunday, Jan. 26, 2020, in Crossett. She was a native of Ashley County, a resident of Hamburg for the past 25 years, and a former resident of Montrose and Wilmot for many years. She worked for WAM Industries for over 30 years and was a member of Gardner Baptist Church where she would send out get well and sympathy cards.

She was preceded in death by her husband, Monroe Earl McCrory; one great-grandson, Dylan Ray Weeks; and her parents, Bennie Earl and Sallie Mae Sawyer White.

Funeral services are at 2 p.m. Wednesday, Jan. 29 in the Jones-Funeral Home chapel with Bro. Mike Chain officiating. Burial will be in Montrose Cemetery.

Mark Alexander Tyson, 52, of Longview, formerly of Crossett, died Tuesday, Jan. 7, 2020, at his residence. He was born April 8, 1967, and was a 1985 graduate of Crossett High School. He was a lifelong resident of Ashley County and a member of First Freewill Baptist Church.

He served in the Arkansas National Guard and worked many years for Steve Bolin Logging.

He was preceded in death by one brother, Matthew Lee Tyson; one granddaughter, Amiracle Tyson; and his grandparents, George and Blanche Tyson and Doyle and Doris Blankinship.