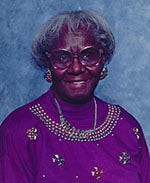 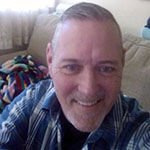 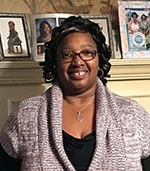 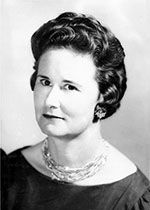 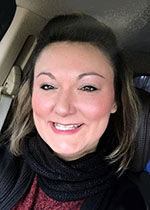 Juanita Hampton, 94, of Hamburg, died Wednesday, Jan. 15, 2020 at Stonegate Villa Health and Rehabilitation in Crossett. She was a native of Minden, La., a resident of Hamburg for 56 years, and a member of Mt. Zion Baptist Church, where she taught the women’s Sunday school class for many years.

She was preceded in death by her husband, George Hampton; one son, James Hampton; her parents, Ed and Irene Love; and one brother, Jessie Love.

Burial was in Johnson Memorial Cemetery.

Randell Keith Harris, 55, of Hamburg, died Sunday, Jan. 19, 2020 in Crossett. He was a native of Houston, Texas, a resident of Hamburg for many years, a former convenience store manager, and a member of Hollis Chapel Baptist Church.

He was preceded in death by his parents, Gary Rex and Gracie Maude Willis-Harris.

He is survived by two brothers, Rayland Whitehead of Hamburg and Russell Harris, wife Karen, of West Monroe, La.; and one sister, Sandi Whitehead.

Mary Dell Jones, 60, of Crossett, died Monday, Jan. 13, 2020, at Ashley County Medical Center. She was a lifelong resident of Ashley County, a teacher’s assistant at Crossett Head Start, formerly the center director for over 20 years, and a member of Westside Church of Christ.

She was preceded in death by her mother, Vera Tolefree-Washington; her stepfather, Joseph Washington; and her grandmother, Janie Kazee.

Funeral service will be Wednesday, Jan. 22 at 11 a.m. at Church of Christ, 301 Pine Street in Crossett, with Bro. Kenneth Ridgell officiating.

Burial will be in Westview Cemetery.

Visitation will be Tuesday from 5:30 p.m. to 7 p.m. at Cromwell Funeral Home.

Visitation will be from 6 p.m. to 8 p.m. Wednesday at the funeral home.

Sheena Whitaker Knight, 35, of Hamburg, died Friday, Jan. 17, 2020, in Little Rock. She was a native of El Dorado, a resident of El Dorado for several years, and a resident of Hamburg for most of her life. A 2001 graduate of Wimberly (Texas) High School, she was a homemaker and a cosmetologist.

She was preceded in death by one brother, Wayne Booker Bray; one sister, Loretta LeeAnn Bray; her grandparents, James and Mattie Harper and Rebecca Poyner.