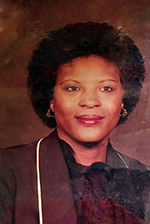 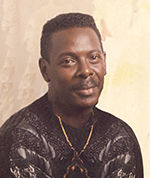 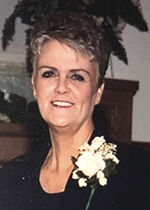 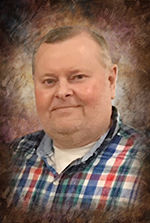 Patricia Ann Arrington, 62, of Monticello, died Friday, Jan. 31, 2020, at her home. She was a native of Fountain Hill, a homemaker, and of Methodist faith.

She was preceded in death by her parents, Emmanuel and Emma Dee Daniels-Miller; two brothers, John Wayne and Leonard Dennis Miller; and one sister, Gladys Jean Miller.

Burial was in Mt. Pelium Cemetery.

Curtis Ray Bankston, 66, of Wilmot, died Saturday, Jan. 25, 2020, at Chicot Memorial Medical Center. He was a lifelong resident of Wilmot, a retired farm laborer, and a member of Morning Star Baptist Church.

He was preceded in death by his parents, Odell and Eula Virginia Tharpe-Bankston; two brothers, James Bankston and Fred Bankston; and three sisters, Pearlean Bankston-Parker, Deloise Bankston, and Earnestine Bankston.

Burial was in Walnut Grove Cemetery under the direction of Cromwell Funeral Home.

Bobby Ray Endsley, 73, of Crossett, died Saturday, Feb. 8, 2020, at Ashley County Medical Center. He was born and raised in Waco, Texas, served in the United States Army, and was a Vietnam veteran.

He worked as a truck driver for Morris Transportation and Downey Robinson among others. He was a member of Cloverdale Assembly of God Church.

He is survived by his wife of 30 years, Jenitta Halbert Endsley of Crossett; one daughter, Jennifer Endsley of Waco, Texas; two sons, Patrick Endsley of Washington and Ken Behnke of Waco; his mother, Rachel Kunze Howell of Hearne, Texas; one brother, Tommy Lane (Elizabeth) of Calvert, Texas; one sister, Elizabeth Jan Conner of Hearne; one brother-in-law, Clyde Kilgore of Hearne; and three grandchildren.

A celebration of life service was scheduled for 2 p.m. Tuesday, Feb. 11 at the Medders Funeral Home chapel with Pastor David Williams officiating.

Burial will be in Silver Cross Cemetery in Tallulah, La., whenever cemetery conditions permit.

Visitation was scheduled for 1 to 2 p.m. Tuesday prior to the service.

Kay Rice Hetland, 68, of Montrose, died Sunday, Feb. 9, 2020, at Five Rivers Medical Center in Pocahontas. She was a native and lifelong resident of Montrose. She worked in public relations in the casino industry. She was a member of Portland Baptist Church, a former director of the Miss Ashley County pageant and a former volunteer at Montrose Academy.

She was preceded in death by her husband of 51 years, Tommy Hetland; her parents, Kenneth and Beatrice Breedlove Rice; and one brother.

She is survived by two daughters, Nicole Menard of Pocahontas and Tabitha Hetland of Grand Prairie, Texas; one brother, Mark Rice of Boydell; and two grandchildren.

Funeral services are at 2 p.m. Thursday, Feb. 13 in the Jones-Hartshorn Funeral Home chapel with Bro. Larry Donaldson officiating. Burial will be in Montrose Cemetery.

Memorials may be sent to Jones-Hartshorn Funeral Home.

Visitation will be from 1 p.m. to 2 p.m. Thursday in the funeral home chapel.

Richie was preceded in death by his brother, Scott Lee; nephew, Timothy Keen; and his father, Normie Lee.

He worked for Graphics 2 Press for twenty-five plus years.

A memorial service for Richard Glen Lee “Richie” will be held on Wednesday, February 12, 2020 at 7 pm with a visitation an hour prior at Laurel Land Funeral Home 6300 South R. L. Thornton Freeway Dallas, Texas 75232.

She was born in Ralls, Texas, Oct. 17, 1948, and was raised in Vivian, La., where she graduated from North Caddo High School. She was a member of Mt. Olive Baptist Church.

She worked several secretarial jobs, sold Avon, and sung in the church choir. She was a member of the “Young at Heart” Senior Adult Group.

She was preceded in death by her first husband, Don Ward; and her parents, Floyd and Mattie Jane McDuff Patterson.

She is survived by her husband of 11 years, George Meredith of Crossett; two sons, Scotti Ward (Staci) of Crossett and Chris Ward (Mallie) of Hamburg; one stepdaughter, Kathy Murphy (Hollis Wilson) of Crossett; one stepson, Steve Meredith (Sarah) of Epping, UK; two sisters, Iris Hughes (Garland) of Sarepta, La., and Edna Sanders of Vivian; and one brother, Edwin Patterson of Coushatta, La.; three grandchildren; and one great-grandchild.

A celebration of life service will be held at 2 p.m. Thursday, Feb. 13 at Mt. Olive Baptist Church with Pastor Eric Hodge officiating and followed by burial in Flat Creek Cemetery under the direction of Medders Funeral Home.

He worked for Georgia Pacific and retired as a B Operator in the Pulp Mill after 44.5 years. He was a turkey hunting guide in Texas, Missouri, Illinois, and Iowa and competed in and judged turkey calling competitions for many years.

He was preceded in death by one brother, Jeff Carr.

He is survived by two sons, Chris “Chico” Watkins (Jennifer) of Hamburg and LCpl Taylor Watkins of Crossett; one daughter, Melissa Carr of Little Rock; his mother and stepfather, “Lil” and Paul Carr of Milo; one brother, Gary Doss (Pam) of Fayetteville; one sister, Jean Davis of Bastrop; seven grandchildren; and five great-grandchildren.

In lieu of flowers, memorials may be made to St. Jude Children's Research Hospital, 501 St Jude Place, Memphis TN 38105.