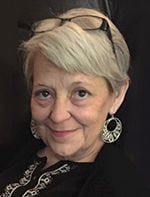 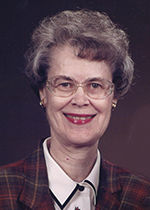 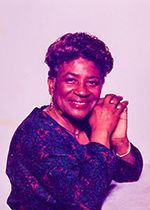 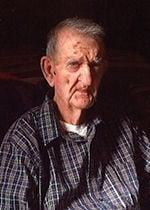 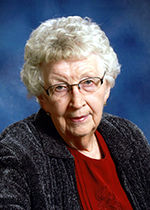 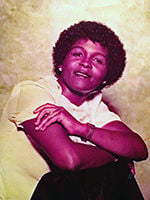 She was preceded in death by her mother, Louise Pruitt Withers; and her grandparents, Ancy and Eva Lansdale Pruitt, George Dewey, and Verla Bryan Withers.

Willene Graves Carpenter, 82, of Hamburg, died Tuesday, Jan. 28, 2020, in Crossett. She was a native of Hamburg and a former resident of Fountain Hill. She was a homemaker and a member of First Baptist Church.

She was preceded in death by her husband of 60 years, Rev. Hunter E. Carpenter; her parents, Ira Homer and Willie Emma Turner Graves; and two sisters, Evelyn Faye Carpenter and Norma Graves Wheeler.

She is survived by one son, Rev. Tim Carpenter and wife, Dianna, of Hot Springs; one daughter, Gail Carter and husband, Dr. Randall Carter, of Van Buren; one brother, Jerry Wayne Graves and wife, Janis, of Hamburg; and three grandchildren.

Cora Mae Couser, 81, of Crossett, died Thursday, Jan. 23, 2020, at her home. She is a native of Mobile, Ala., but a resident of Crossett for 61 years, a former employee of Hamburg Shirt Factory, and a member of New Bethel Baptist Church.

A funeral service will be held Saturday, Feb. 8 at 11 a.m. at New Bethel Baptist Church, 309 N. Georgia St. in Crossett, with Pastor Fred Haynes officiating. Burial will be in Westview Cemetery.

Honorary pallbearers are her sons and grandsons.

Jesse “Shorty” Craig, 85, of Hamburg, died Sunday, Feb. 2, 2020, at his home. He was a native and lifelong resident of the Milo community outside of Hamburg. He worked for Safeway Grocery Store for 25 years and for Fountain Hill Grocery Store for five years. He was a member of Egypt Missionary Baptist Church.

He was preceded in death by one grandson, Ryan Craig; his parents, Jesse and Allie Pogue Craig; three sisters, Betty Jean Slaughter, Margie Livingston and Rosie Williamson; and one brother, James Ed Craig.

Funeral services will be held at 2 p.m. Wednesday, Feb. 5 at Egypt Missionary Baptist Church with Bro. Keith Rose and Bro. Buddy Boykin officiating. Burial will be in Egypt Cemetery.

Charlie Mae Lair Grubb, 89, of Hamburg, died Friday, Jan. 31, 2020, at Ashley County Medical Center. She was a native and lifelong resident of Ashley County and Hamburg. She worked for Arkansas Power and Light for 30 years and was a member of Promise Land Missionary Baptist Church, where she served as church treasurer and taught Sunday school.

She was preceded in death by her husband, Charles G. Grubb; her parents, Charles L. and Ellie Belle Brady Lair; one brother, Dan Lair; and one sister, Marie Lair Winters.

Linda Ruthie Lambert-Daniel, 64, of Olathe, Kan., died Wednesday, Jan. 29, 2020, at Olathe Medical Center. She was a native of Fountain Hill and a former resident of Kansas City, Kan. She worked as a certified nurses’ assistant at Kansas University Medical Center and as a culinary specialist for General Motors.

A funeral service will be Thursday, Feb. 6 at 11 a.m. at House of Prayer, 135 Wilson Road in Fountain Hill, with Pastor Daryle Daniels Jr. officiating. Burial will be in Mt. Pelium Cemetery.

Visitation will be Wednesday, Feb. 5 from 6 p.m. to 7 p.m. at Cromwell Funeral Home.

He was a former resident of El Dorado and North Little Rock.

He worked in the lab for Georgia Pacific, before starting his own home contracting business building homes in the Crossett area.

He was preceded in death by his parents, Van and Leslie Couey Smith; one sister, Mary Ruth Gates; and one brother-in-law, Frank Gates.

He is survived by his wife of 64 years, Connie Parker Smith of Hamburg; one daughter, Vicki Trammell and husband, Mark; and two grandchildren.

A graveside service was held at 10 a.m. Tuesday, Jan. 28 with Pastor Lyle Hern officiating. Services were entrusted to Medders Funeral Home of Crossett.