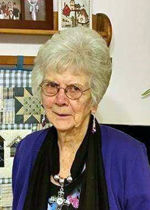 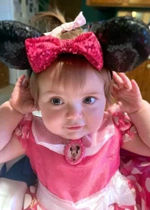 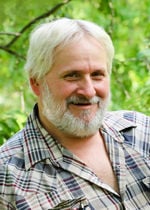 LaVon Riley Miller, 95, of Hamburg, died Thursday, Nov. 28, 2019, in Crossett. She was a native of Ashley County and a former resident of California, Oklahoma, and Little Rock. She was a homemaker and worked in the shipyards in California during World War II. She was a member of Judson Missionary Baptist Church and over the past 20 years made and assembled thousands of Cross in a Pocket ministry tools.

She is survived by one step-son, Lenny Miller of Springfield, Mo., and one brother, Billy Riley and wife, Irene, of Fountain Hill.

Burial was in Shady Grove Cemetery in DeQueen.

He went to Dumas High School, and he worked at Evans Fish Farm and in the cotton fields, along with various construction projects.

He was preceded in death by his grandparents, Antonio and Silvina Mondragon, and Antonia Gomez.

He is survived by his parents, Francisco and Candelaria Nunez Mondragon; four sons, Roman Mondragon, Jesse Mondragon and Hunter Mondragon, all of Dumas, and Bentley Mondragon of Little Rock; three daughters, Trinity Mondragon of Crossett, and Sofia and Valeria Mondragon of Mexico; two sisters, Maria

Herrera (Antonio) of Texas, and Mireya Baylon (Cesar) of Dumas; and one brother, Elias Mondragon (Kerstin) of Crossett.

Ava Mae Pacheco, 13 months and 6 days old, of Hamburg, died Monday, Nov. 25, 2019. She was preceded in death by her grandmother, Rhonda Sawyer, and her great-grandparents, Charlie and Wanda Barker and Alfredo Ramirez.

She is survived her mother, Cheyenne Barker and her father, Jonathon Pacheco, both of Hamburg; her grandparents, Margarita Ramirez and Christy and Jimmy Don Norrell, all of Hamburg; and her great-grandmother, Ouida Sawyer of Hamburg.

Graveside services and burial were held at 2 p.m. Sunday, Dec. 1 in Eden Cemetery with Charley Sawyer and Ryan Knight officiating.

Johnny Mack Williams, 61, of Snyder, died Saturday, Nov. 30, 2019, at his residence. He was a native of Hampton, a resident of Snyder for many years, and a former resident of Lake Village.

He was a truck driver for Nelms Trucking, and he attended Fellowship Baptist Church.

He was preceded in death by his father, John H. Williams; his mother, Vera Mae Murphy Adams; his step-father, Calvin Adams; two brothers-in-law, Robert Morgan and Ronald Morgan; and one sister-in-law, Kelly Williams.

Funeral services were scheduled for 10 a.m. Tuesday, Dec. 3 at Fellowship Baptist Church in Snyder with Bro. Elvin McDill and Bro. Terry Greenwood officiating. Burial will be in Mt. Carmel Cemetery in Eudora.