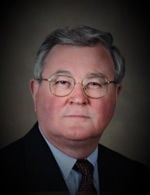 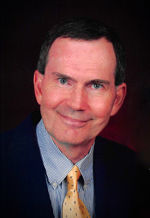 Jewelene Jones, 81, of Dermott, died Wednesday, Nov. 27, 2019, at Jefferson Regional Medical Center. She was a native of Tiller, a homemaker, and a member of St. Paul Baptist Church.

She was preceded in death by one son, Fredrick Jones; one daughter, Beverly Jones; her father, Brian Hudspeth; her mother, Annie Phillips-Baines; two brothers, Rev. Wilton Baines and James Baines; and one sister, Margaret Lathan.

She is survived by one son, Bobby Jones of Dermott; one sister, Darlene Porter, husband Robert, of Houston, Texas; four grandchildren; and six great-grandchildren.

A funeral service was held at 11 a.m. Friday, Dec. 6 at St. Paul Baptist Church with Rev. Darrin Newhouse officiating. Burial was in Little Zion Cemetery in Baxter under the direction of Cromwell Funeral Home.

Winnie “Marie” Hogan, 81, of Crossett, died Saturday, Dec. 7, 2019, at Drew Memorial Hospital in Monticello. She was born in Fountain Hill May 7, 1938, and was the 1956 valedictorian graduate of Fountain Hill High School where she was also captain of the girls basketball team. She attended Draughon Business School in Little Rock and worked for Georgia Pacific for over 50 years before retiring from the accounting department of Crossett Plywood Plant. She was a Baptist.

She was preceded in death by her parents, Clark and Winnie Helen Johnson Fairchild, and one sister, Dorothy Stewart.

A graveside service will held at 3 p.m. Wednesday, Dec. 11 in Flat Creek Cemetery in Fountain Hill with Pastor Keith Rose officiating. All services are under the direction of Medders Funeral Home.

Kathleen “Kathy” Ray Miles, 67, of Crossett, died Sunday, Dec. 1, 2019, at Ashley County Medical Center. She was born in Sterlington, La., Aug. 2, 1952, and was a lifelong resident of Crossett. She was a member of Pine Grove Church of God and worked as a hairdresser for many years.

She was preceded in death by her parents, Alvin Clermon and Pauline Ray Pruitt Riles; and one husband, Rance Roland White.

In lieu of flowers, memorials may be made to the Gideons International Organization.

Fred O’Neal “Neal” Mausehardt, Jr., 45, of Hamburg, died Saturday, Nov. 30, 2019, at his home. He was born Oct. 4, 1974, and was a 1993 graduate of Fountain Hill High School. He worked as an assistant press operator at Hood Packaging, formerly, Bemis. He was a member of the 133 Hunting Club and of North Crossett First Baptist Church.

He was preceded in death by his father, Fred O’Neal Mausehardt Sr.

In lieu of flowers memorials may be made to the Parkinson’s Group of the Ozarks.

He was a founding member of Streetman & Gibson, PLLC; a member of Arkansas Bar Association; Arkansas Bar Foundation; and Debtor-Creditor Bar Association of Central Arkansas. He is listed in Best Lawyers in America, 2006-2019; and Mid-South Super Lawyers, 2008-2019. He served as Crossett City Attorney from 1967 until 1998.

He proudly served in the United States Air Force as a JAG officer from 1961 until 1964, where he earned the rank of Captain.

He was a member of St. Mark's Episcopal Church.

Aside from being passionate about the practice of law, Tom dearly loved his family, his friends, his fishing trips to Grand Isle, and the Arkansas Razorbacks. He watched the games with fervor, and each spectacular play or touchdown was punctuated with a resounding "Get Back!"

_His love of cooking was well known by those in the community. Raising money for charities and the church, he cooked gumbo, chili, and barbecue. His smoked meats were highly prized by recipients at Christmas. Family gatherings always revolved around food.

Tom and his wife were ardent travelers, loving the adventure that travel provides, but they also loved to return to familiar places, such as Lisbon, Salzburg, and, especially Paris.

Intimate friends know he liked Classic Country music. His favorites were Conway Twitty (aka "Cornway"), Tammy Wynette, and Patsy Cline. Many women in his life have fond memories of dancing with him to their songs.

A private memorial service will be held December 14th at one o’clock at St. Mark's Episcopal Church in Crossett. It is to be followed at two o'clock by a public visitation in the parish hall of the church.

In lieu of flowers, the family requests memorials to St. Mark's Episcopal Church or to the Crossett Community Scholarship Fund.

He was a member of Mt. Olive Baptist Church for 43 years, where he served as a deacon, a Sunday school teacher, and bus driver for the children’s ministry.

He was preceded in death by his father, Lloyd Willis.

In lieu of flowers, memorials may be made to the Mt Olive Baptist Church Security and Safety Fund, 1533 Hwy 52W, Crossett AR 71635.