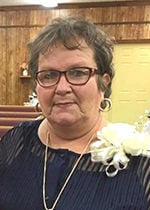 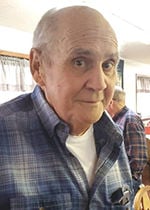 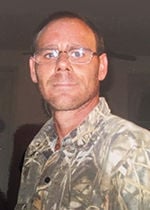 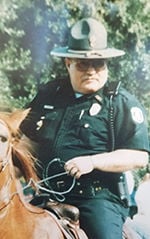 Jamie Riley Carpenter, 58, of Hamburg, died Sunday, Dec. 22, 2019, in Little Rock. She was a native and lifelong resident of the Promise Land community outside of Hamburg. She was a homemaker and a member of Calvary Missionary Baptist Church.

She was preceded in death by her father, James Clark “Red” Riley.

She is survived by her husband of 42 years, Herbert Ray Carpenter Sr. of Hamburg; her son, Herbert “Bubba” Carpenter Jr., and wife, Christina, of Hamburg; two daughters, Amy Savage and husband, Ricky, of Fountain Hill and Justi Carpenter of Hamburg; one brother, Garth Stuhr of Texas; one sister, Monica Desline of Florida; five grandchildren; and one great-grandson.

In 2017, she received a bachelor of kinesiology degree from University of Louisiana at Monroe and recently worked as a pharmacy technician at CVS Pharmacy.

She was preceded in death by her grandfather, Dale Brookings.

She is survived by her father, Bryan Eads of West Monroe; her mother and step-father, Dana and Steve Withers of Crossett; two brothers, Brandon Eads of West Monroe and Lance Withers and wife, Montana, of Hamburg; and grandparents, Camille Brookings of McGehee and Pat and Bobby Eads of Monroe.

A funeral service was held at 1 p.m. Saturday, Dec. 21 at The Assembly in West Monroe with Bro. Toby Austin officiating and was followed by burial in Roselawn Memorial Gardens in Calhoun, La.

Arrangements were under the direction of Medders Funeral Home.

Jimmy Ray Hobbs, 77, of Vilonia, died Thursday, Dec. 19, 2019, at his home. He was a native of Hamburg and a former resident of Monticello and Crossett. He graduated from Hamburg High School and worked for Georgia-Pacific Corporation for many years. Before his retirement, he owned and operated an industrial cleaning company, T.L.C.

He was preceded in death by his parents, J.B. and Opal Brewster Hobbs; one brother, Jackie Hobbs; and one sister, Florence Yates.

He joined First Church of God, where he was a member for 70 years and served on the church board as a chairman for three years.

He played a role in starting the Gideons Camp in Crossett and was a member of the Masonic Lodge.

For 37 years, he owned and operated Hisaw Shoe Shop.

He is survived by his wife, Remona Hisaw of Crossett; two daughters, Vicki Stephenson of Conway and Liz White and husband, Richard, of Lake Village; two grandchildren; six great-grandchildren.

A celebration of life service was held Tuesday, Dec. 17 at 2 p.m. at First Church of God in Crossett with Pastor Mike Neal and Bro. Robert Ballard officiating. A private burial in Crossroads Cemetery followed.

He was preceded in death by his mother, Betty Lucas Carpenter Hill; his father, Steven Jay Lucas Sr.; and his grandmothers, Katie Lucas and Lillie Lucas.

A memorial service will be held at 10 a.m. Saturday, Dec. 28 at Portland Baptist Church with Bro. Mark Harris and Stanton Veazey officiating. Memorials may be made to Chicot County Humane Society, PO Box 246, Lake Village, AR 71653. Arrangements are under the direction of Jones-Hartshorn Funeral Home.

Visitation will be after the memorial service.

Steve Sadler, 69, of Colt died Wednesday, Dec. 18, 2019 in Memphis, Tenn. He was a native of Wilmot, a resident of Colt for over three years, and a former resident of Crossett, having worked for the City of Crossett as a policeman for 26 years.

He was preceded in death by his parents, Dean and Maude Breedlove Sadler; one brother, Vance Sadler; and two sisters, Georgia Drennan and Freda Hale.

He is survived by three daughters, Ragane Taylor and husband, Clint, of Jonesboro, Amanda Sadler of Colt, and Kaci Sadler of Crossett; one son, Scott Sadler of Searcy; one sister, Shirley Hammett of Greers Ferry; and two grandchildren.