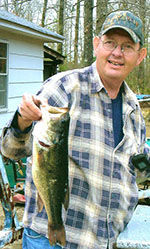 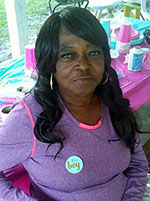 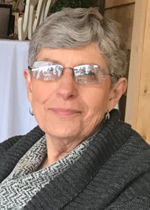 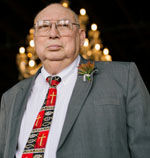 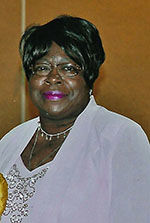 Ruth Ann Bonnette, 82, of Crossett, died Wednesday, Dec. 11, 2019, at her home surrounded by family. Born Aug. 21, 1937, she was a lifelong resident of Crossett and a member of First Freewill Baptist Church where she was a Sunday School teacher, Bible School teacher, nursery worker, and member of the Autumn Club.

She was preceded in death by her parents, Ralph Harlen and Hazel Marie Hobbs Toler; her husband of 61 years, Harold Dean Bonnette; one brother, Billy Ralph Toler; and her mother and father in-law, Lobelia Foy and A.K. Bonnette.

He graduated from Crossett High in 1966 and attended University of Arkansas at Monticello where he majored in music before receiving his bachelor’s degree in counseling at Jonesboro. He taught at Parkin, Cotton Plant, and Brinkley before retiring after 28 years of teaching.

He was active at different times in teaching Vacation Bible Schools, leading church and public school choirs, and traveling with Collegiate Crusade for Christ from Hensley.

He was preceded in death by his parents and five siblings, Irene, Minnie, Lettie, Oleda and brother D.C.

A local memorial service will be held in January in Crossett, with the date and time of the service to be announced.

Grace Mae Brock, 65, of Hamburg, died Monday, Dec. 9, 2019 at Ashley County Medical Center. She was a native of Longview, a resident of Hamburg most of her life, and a member of Mt. Zion Baptist Church.

She was preceded in death by her parents, Virgil and Alzora Harris-Miller; four brothers, L.V., John L., Andrew, and Elijah “BoBo” Miller; and one sister, Elizabeth Collins.

She worked for R.M. Courson, Inc. for over 30 years and for the Ashley County Sheriff’s office for 10 years under E.B. Sparks and Charles “Bull” Wells.

She was preceded in death by her husband of 43 years, William Ray “Bill” Cason; her parents, Alton B. and Elizabeth “Betty” Simpson Chambers; and one brother, John Alton Chambers.

Honorary pallbearers are the members of the Koinonia Sunday school class.

Visitation will be from 6 p.m. to 8 p.m. Wednesday, at the funeral home.

He began his teaching and coaching career at Hermitage High School. He later moved to Fountain Hill Public Schools where he served as coach and principle, eventually becoming the superintendent of education before moving to hold the same position at Arkansas City Public Schools.

He also served as executive director of C.B. King Memorial School for 15 years and served as pastor of Halley Baptist Church for 36 years. He was a 32nd degree mason, a member of the Order of Eastern Star Eureka Chapter # 374 in Monticello, dual with Margaret Chapter # 151 in Hamburg.

He was preceded in death by his parents, Robert and Elouise Miller Gregory.

Memorials may be made to Halley Baptist Church, P.O. Box 105, Dermott, AR 71638. Arrangements were by Griffin-Culpepper Funeral Service.

She taught school in Hamburg Independent School District and was selected as the Top Teacher and Friend of the Year in 1973-1974.

She was a member of New Bethel Baptist Church in Patmos and a lifetime member of the Delta Sigma Theta Sorority.

She was preceded in death by her mother and father, Augusta and Isaac Milus; and four brothers, Thomas, Billy, Oscar, and Jimmy Milus.

Funeral service was held at 2:30 p.m. Sunday, Dec. 15 at Providence Missionary Baptist Church in Hope. Burial was in Scott’s Memorial Gardens in Perrytown. Arrangements were entrusted to Hicks Funeral Home.

Sandra Wilson, 69, of Atlanta, Ga., died Friday, Dec. 6, 2019, at Brightmoore Hospice in Griffin, Ga. She was a native of Fountain Hill and a former employee of Wells Fargo and Bank of America for over 30 years.

She was preceded in death by one son, Donald Wilson Jr.; her parents, Jessie and Bessie Lambert-Jones; one brother, George Henry Jones; and two sisters, Peaches Edmonds and Celestine Allen.

Funeral service was held Saturday, Dec. 14 at 11 a.m. at House of Prayer in Fountain Hill with Pastor Louise Miller officiating.

Burial was in Norris Hill Cemetery in Fountain Hill and under the direction of Cromwell Funeral Home.